List of Stores and Apps That Accept Apple Pay Payments

While Apple Pay will work in any store that accepts contactless payments, Apple has partnered up with several retailers for the launch of Apple Pay, to ensure the mobile payment service will work smoothly in those locations. In retail stores, only iPhone 6 and 6 Plus users can take advantage of Apple Pay, as payments require NFC. 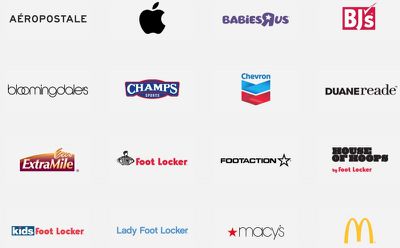 Apple Pay can also be used within apps on devices that support Touch ID, which includes the iPhone 6, the iPhone 6 Plus, and Apple's upcoming iPad mini 3 and iPad Air 2. Apple's iPhone 5s does not appear to be compatible according to the Apple Pay website, even though it has Touch ID. Over the weekend, Apple's iTunes chief Eddy Cue said that he expects most initial Apple Pay transactions to take place within apps.

BabiesRUs is a thing? the more u know


Largest distributor of babies in the U.S.
Score: 15 Votes (Like | Disagree)

EDIT: Ok maybe you aren't familiar with NFC, or contactless payments. Look for a sideways wifi logo at a credit card terminal. This is not the full list. They are more common than you think.

In another thread, someone already bought a soda from a soda machine that accepts NFC payments.
Score: 8 Votes (Like | Disagree)

Of course, US only. Americans are often slow to realise that there are other places inthe world. :)

Dilster3k
I live in Europe, and this doesn't mildly concern or effect me at all. :(
Score: 6 Votes (Like | Disagree)

Apple Pay can also be used within apps on devices that support Touch ID, which includes the iPhone 6, the iPhone 6 Plus, and Apple's upcoming iPad mini 3 and iPad Air 2. Apple's iPhone 5s does not appear to be compatible according to the Apple Pay website, even though it has Touch ID.

Wow, this particular example of Apple artificially making hardware obsolete is pretty bad. Worse than Mac Mini 2011 and MacBook Air 2011 owners not being able to use Handoff, despite having the correct and necessary Bluetooth 4.0 hardware.


The iPhone 5s doesn't have the "Secure Element" that is required to store your payment credentials:

With Apple Pay, instead of using your actual credit and debit card numbers when you add your card, a unique Device Account Number is assigned, encrypted, and securely stored in the Secure Element, a dedicated chip in iPhone, iPad, and Apple Watch.
Score: 5 Votes (Like | Disagree)
Read All Comments