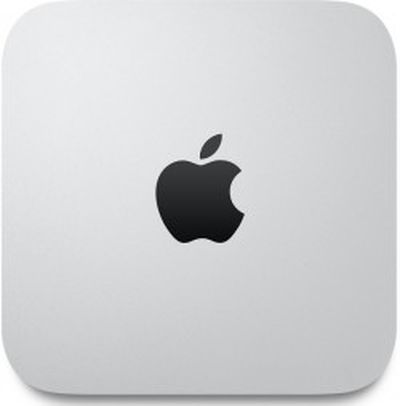 Unfortunately, the upgrade was disappointing to some Mac mini fans as Apple stopped offering a build-to-order quad-core processor upgrade and dual-drive storage options that exceed 1TB.

Many have speculated that the Mac mini also includes soldered RAM, which has now been confirmed by Macminicolo's Brian Stucki. According to Stucki, the RAM in the Mac mini is "not user accessible," which means those who purchase Mac minis are limited to 16GB of RAM that must be upgraded when purchasing the machine from Apple.

All three Mac mini models can be upgraded to a maximum of 16GB of RAM, with the upgrade priced at $300 for the base model and $200 for the mid and high-end models.

While the RAM is not upgradeable, Stucki says that it is possible to replace or upgrade the hard drive, but doing so may void the warranty.

Base configurations of the Mac mini are currently available for purchase from the online Apple Store and will ship in one to three days. Custom configurations ship within three to five days.

n0cus
The 2012 mini with a quad core processor is looking more attractive than the new ones.
Score: 165 Votes (Like | Disagree)

taptic
Apple... You aren't helping any PC versus Mac debates with this...
Score: 130 Votes (Like | Disagree)

If it's because normal RAM takes too much space because of its connectors, why not create a new one, just like they did at the beginning for the SSD drives in Retina MacBooks?
It's becoming annoying to see everything being soldered and not replaceable!

That'd be a decent excuse if Apple were going for a super thin laptop, but here it's just money gouging. You have to pay them $300 for an $80 upgrade of ram.

Intel NUCs are a helluva lot smaller than the Mini, sport roughly the same hardware (the Mini does have a better integrated GPU), yet have replaceable HDDs and ram. The Mini, on the other hand, is exactly the same size as it was before, and was well known for being easy to upgrade.

There's no excuse for it, other than, quite literally, Apple doesn't want you to.
Score: 93 Votes (Like | Disagree)

KellydenAdel
I own 4 Mac Mini


then pissed on it to boot
Score: 82 Votes (Like | Disagree)
Read All Comments