Thursday October 16, 2014 11:40 am PDT by Husain Sumra
Today at its media event in Cupertino, Apple announced a brand-new Mac mini, a popular Mac computer that hadn't been updated since October 2012. The new Mac mini starts at $499, $100 less than the previous $599 starting price. 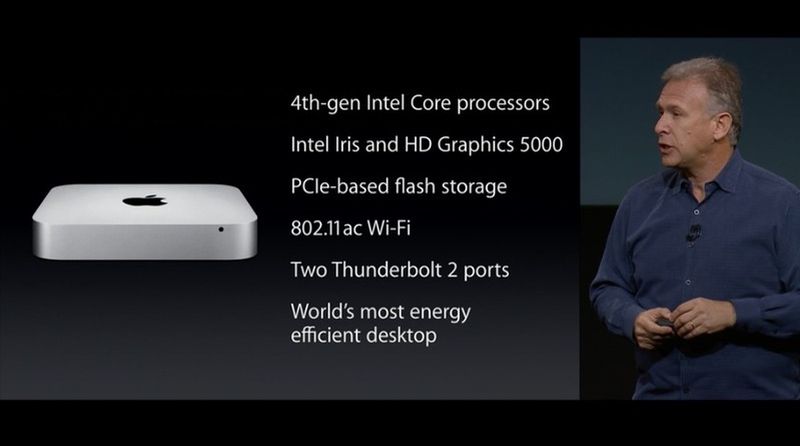 
It was the last Mac with Firewire. What did you expect? RS232 ports and a Floppy drive also?
Rating: 29 Votes

Base model will probably still have 4GB RAM and a 128GB SSD. Awful


Then don't purchase the base model ??

We all can't have top end specs at rock bottom pricing, sure you want that, hell so do I but it has never happened and it won't start today.
We all have to pay to play on better, faster equipment.
Rating: 24 Votes

defecta
WTH Apple?? No quad core anymore?? That's really lame. We waited 2 years for you to cripple the Mac Mini with a dual core?
Rating: 23 Votes

Krypter
Just been on livechat

Just been on livechat as I saw this in the order page.

"Configurable to 8GB or 16GB, only at the Apple Online Store."

However livechat has responded. 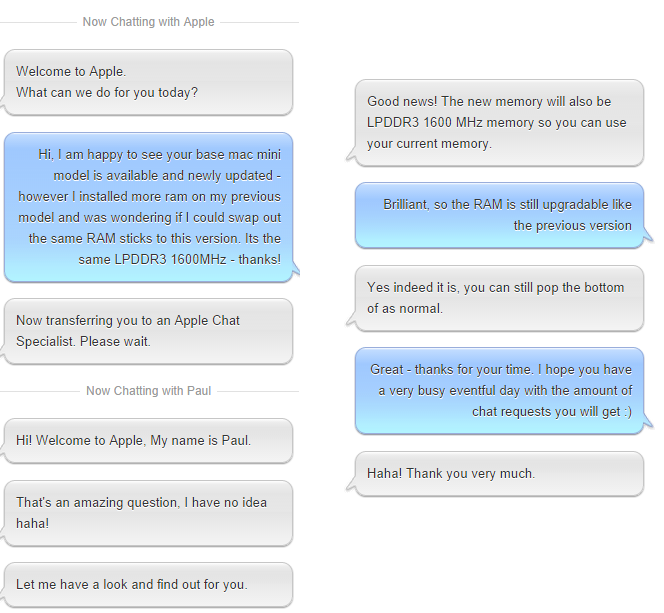 
Then what are you doing in a Mac mini thread?
Rating: 18 Votes

Disappointing. I was finally going to get rid of my Windows server but I need the quad-core. Oh well.
Rating: 18 Votes