Today at its media event in Cupertino, Apple SVP of software engineering Craig Federighi announced that Camera Roll would be returning to the Photos app in iOS 8.1. Apple had removed Camera Roll with iOS 8. 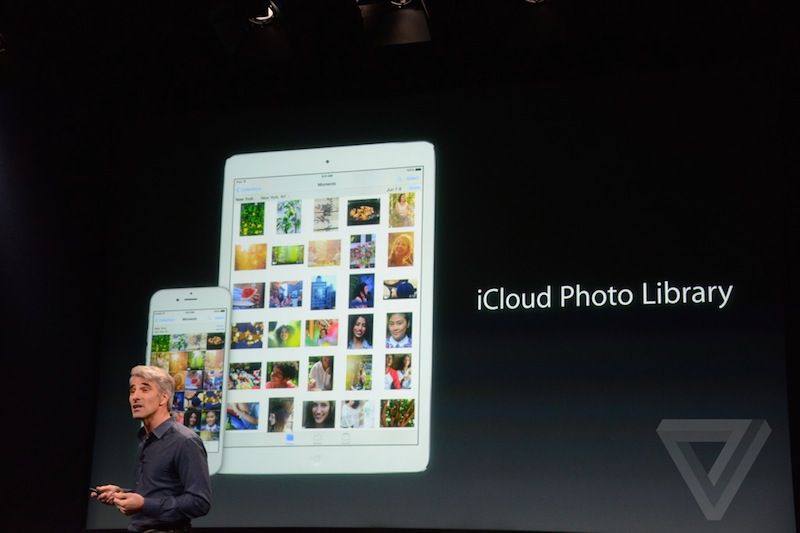 Photo courtesy of The Verge

The Photos app in iOS 8 splits a users' photos between three sections: Photos, which organizes photos into years, collections and moments, iCloud Photo Sharing and Albums, which contains an alternative to Camera Roll in a "Recently Added" album that organizes photos by date.

Camera Roll allowed users to have easy access to their recently added photos without having to go into a photo within a section of the Photos app, which caused many users to be upset by the loss of the feature. iOS 8.1 will be released on Monday, October 20.

It was stated in many articles weeks ago. I don't use the betas either.


I guess you told the other 7 billion people that don't read MacRumors?
Rating: 21 Votes


But not from the people who don't use beta's. :rolleyes:
Rating: 17 Votes

The even better news is the camera roll is on your phone, right now. All they did was change the name. Works exactly the same.


So I was imagining not having the option to view all my photos in one place without having them divided up into annoying chunks by date? Even older photos that don't show up in recently added?
Rating: 7 Votes

They were stated in the forums: https://forums.macrumors.com/showthread.php?t=1793146

Also you can see more about this in comments of MacRumors official news when they talked about 8.1 betas being released.

Technically all this was still on MacRumors. ;)


And what about those who don't read MacRumors or tech news?
Rating: 6 Votes

The even better news is the camera roll is on your phone, right now. All they did was change the name. Works exactly the same.


BS! Camera roll has ALL your photos. NOT just recently added. Not everyone wants to go through sub folders to find photos. Camera Roll=All in one spot. They really should get rid of "recently deleted" as well. Makes no sense.
Rating: 4 Votes

JosephAW
Yea! Now bring back all my photos from photostream.
Rating: 4 Votes

Tankmaze
The good news is they are listening to their customers.
Rating: 4 Votes

SBlue1
Cool. Apple is listening to the complaints. :)
Rating: 4 Votes

calisurfboy
I noticed the past few years Apple likes to take away features from a program then add them later on as if it is an improvement or "new feature."

Here is to hoping the iWork update helps to get closer to what it use to be several years ago.
Rating: 3 Votes