Consumer Reports: iPhone 6 and iPhone 6 Plus Not as Bendable as Believed

Just a day after Apple issued its first statement regarding the ongoing complaints that the iPhone 6 Plus bends in user pockets, Consumer Reports has released its test results for how "bendable" Apple's new phones are. In summary, the results show that the new phones are far stronger than what some testimonies have suggested in the past few days.


To test the phones, Consumer Reports put them through the "three-point flexural test", which has the phone supported at two ends and has pressure applied at a third point, alongside competitors like the HTC One (m8), Samsung Galaxy Note 3, LG G3 and iPhone 5.


Consumer Reports' tests pushed the iPhone 6 and 6 Plus much further than [Apple's test of 55 pounds of force]. We started light, applying 10 pounds of force for 30 seconds, then releasing the force. Then we upped the force in 10-pound increments, noted when the phones first started to deform (that's what our engineers call it) and stopped the test for each phone when we saw the screen come loose from the case. 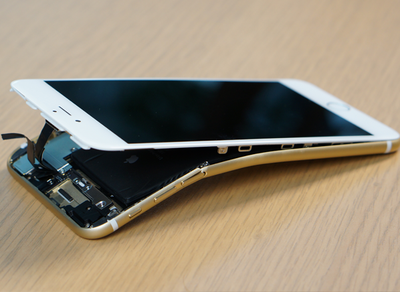 Overall, the magazine notes that while none of the phones they tested were indestructible, all devices tested should hold up fine under everyday use.