Apple has begun rolling out a new print ad on the back of magazines like Rolling Stone showing off how big the new iPhone 6 and iPhone 6 Plus are compared to older iPhone models, as noticed by The Mac Observer.

The ad simply depicts both of the new iPhones at actual size with the tagline "Actual Sizes", and could likely tempt users of older iPhones to compare their current model to the new ones to see the size differences between the phones. Below the iPhones, the ad includes copy that briefly talks about the new features of the phones.

Stunning Retina HD display. Amazing new iSight camera. Powerful 64-bit A8 processor. The most advanced iOS yet. All in an ultraslim design. The new iPhones are bigger than bigger.

Apple has made the larger sizes of the new iPhones one of the cornerstones of its marketing for them, also debuting a TV ad starring Jimmy Fallon and Justin Timberlake that talks about how "huge" the new phones are.

AppleScruff1
They should show the 6+ from the side to show what it looks like before it bends.:D
Score: 46 Votes (Like | Disagree)

Gasu E.
Prediction: 27.8% of respondents to this post will make the same joke.
Score: 37 Votes (Like | Disagree)

Wow ... I've sent girls ad's of a thing and they asked if it was actual size or scaled. i tell them actual size and they just laugh :(

geo1378
The bend jokes aren't funny or original or even true unless your a moron that doesnt know the law of physics and know that metal can bend. I am sick of every single apple product that gets released gets so much news coverage about a problem that 1% or less of the dumb american population has a problem with. Its pretty obvious to anyone with a brain that to bend this would take serious force that most of us normal people will not inflict upon it or if we would know the force in our pockets is too much just by feeling how tight it is in there. Ok thats all I'm saying, I'm just glad I'm not as dumb or irresponsible as some people.
Score: 14 Votes (Like | Disagree) 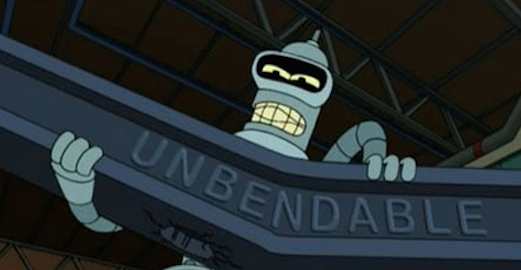