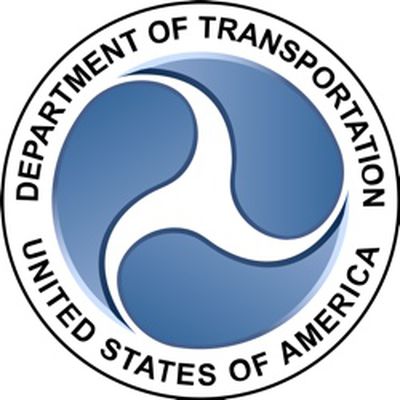 The United States Department of Transportation has plans to pursue a ban on in-flight phone calls, reports The Wall Street Journal. In a speech last week at the International Aviation Club, general counsel of the Department Kathryn Thompson suggested restrictions were in the works, and a DOT spokesperson later confirmed the plans.

A spokeswoman confirmed that the DOT is developing "a notice of proposed rulemaking" for publication in December. "At this point, there is no final determination" as to what the notice or the final rule will say, said another spokeswoman.

The Department of Transportation's move to pursue a ban on in-flight cellular phone calls follows an FCC proposal to overturn the current restrictions that prevent airline passengers from making phone calls and using cellular data while in flight.

The existing rules state that all cellular telephones on board an aircraft must be turned off when an aircraft leaves the ground in order to keep them from interfering with ground networks, but the FCC no longer believes in-flight interference is an issue. In 2013, the FCC officially relaxed its restrictions on the use of portable electronics in flight, allowing them to be used during landing and takeoff while in Airplane Mode.

After the FCC suggested it might permit cellular phone usage in flight, the Department of Transportation, airlines, and several other consumer groups expressed concern over the disruption voice calls could introduce if permitted in flight. Though airlines have largely been against in-flight cell phone calls, they believe the final decision on in-flight calls should be left up to them rather than in government control.

"Airlines aren't clamoring to allow mobile-phone use during flight, and some have already said they'd prohibit it on their own flights," said Jeffrey Shane, general counsel for the International Air Transport Association, and a former senior Transportation Department policy maker. But Mr. Shane said some carriers may want to explore passenger-friendly ways to introduce calls, such as in-flight phone booths or quiet zones.

The FCC is continuing to investigate the safety of allowing cell phone service on planes, and a ban on voice calls from the Department of Transportation, which supersedes any FCC decision, may result in a situation where customers are permitted to use cellular data in-flight for texting and web browsing but are banned from making voice calls. The Department of Transportation is expected to release more information on a potential ban in December.

TEG
It is already too loud on an airplane, we don't need people loudly shouting into their phones as well.
Score: 57 Votes (Like | Disagree)

chirpie
For the sake of my and everyone else's sanity, I pray this ban goes through. LOL.
Score: 39 Votes (Like | Disagree)

It is already too loud on an airplane, we don't need people loudly shouting into their phones as well.


Can you imagine? Sitting next to a bunch of teenagers or snooty business peple yapping into their cell phones for an entire flight??? NO THANKS! At least I listen to music, but it would still be very annoying. :eek:
Score: 27 Votes (Like | Disagree)

squirrelist
Does this really need a law?

I can understand the DOT banning phone calls if there was a technical or safety reason. But why should they make a law for people to be courteous? As far as I see it, this is no different than talking on the phone in a theater. Theaters ban phone calls in the theaters not because of law but because it is disrespectful to others. Airlines can (and probably should) do the same thing.
Score: 17 Votes (Like | Disagree)

Squeak825
People that are worried about everyone talking on the phone while in flight is forgetting one critical thing: most cell phones can't reach a tower reliably while cruising.

That means that the airlines would have to put into place their own microcell on the plane to provide reception -- like they do for wifi.

ugcop
Hey big government, while you are protecting me how about that overweight woman that occupies her seat and half of mine.
Score: 8 Votes (Like | Disagree)
Read All Comments