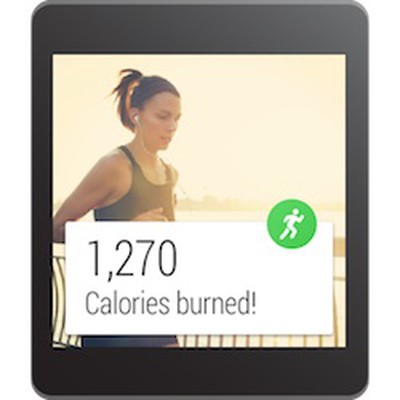 Just weeks after Apple announced its Health app for iOS 8 and corresponding HealthKit platform for allowing developers and accessory manufacturers to tie into the system, Google will apparently be making a similar announcement at its Google I/O conference. According to Forbes, Google's new "Google Fit" service will perform a similar function to HealthKit, aggregating data from fitness trackers and apps in one place on the user's device.

Google Fit will aggregate data through open APIs, instruction sets that allow apps to share information, and will also announce partnerships with wearable device makers at its I/O conference, Forbes understands. One source with knowledge of Google’s plans said Google Fit would allow a wearable device that measures data like steps or heart rate to interface with Google’s cloud-based services, and become part of the Google Fit ecosystem.

Forbes says it is unclear whether Google Fit will be integrated into Android by default or if it will be handled through a standalone app.

Earlier this year, Google announced its Android Wear project to bring Android to wearable devices such as smart watches, with a focus on health monitoring. As a result, Forbes speculates Google Fit could serve as a hub for integrating data from a variety of Android Wear devices, as well as other products tying into the platform.

Apple's Health feature received only a few minutes of stage time at the company's Worldwide Developers Conference last week, although the company does have a feature page up on its site previewing the system. While Health will be able to tie into a variety of devices and apps as developers build in support, Apple's iWatch is expected to be a major focus for the platform. Rumored for launch later this year around the time iOS 8 is released to the public, the iWatch will reportedly feature a number of biometric sensors to help monitor health and fitness. As a result, we can expect to hear much more about Apple's Health initiative when the iWatch is ready to go.

Chupa Chupa
I'm curious to see what the EULA says about privacy and data collection. ;)
Score: 32 Votes (Like | Disagree)

the8thark
Samsung: Whatever Apple can do, we can do first.

Google: Whatever Apple can do, we can do worse.

A shame neither copy the quality aspect Apple thrive on.
Score: 26 Votes (Like | Disagree)

LordVic
so many purely asanine comments in this thread about google copying.

you do realize that Apple are copying too right? health based Apps, hardware and platforms have been available by competing platforms for years.

Apple AND google are late to the game.

but of course, only google is the copycat.

The more competition in the Market the better. More features, More products. More choice. Everyone is welcome.
Score: 24 Votes (Like | Disagree)

JaySoul
"Your current heartrate is 151. Do you need a will-writer? Click for directions."
Score: 23 Votes (Like | Disagree)

I'm curious to see what the EULA says about privacy and data collection. ;)


"Your blood pressure is slightly elevated. You should talk to your doctor about Zaroxlyn. Click here for more information."
Score: 20 Votes (Like | Disagree)
Read All Comments

Friday June 18, 2021 6:59 am PDT by Sami Fathi
Apple supplier TSMC is preparing to produce 3nm chips in the second half of 2022, and in the coming months, the supplier will begin production of 4nm chips, according to a new report from DigiTimes. Apple had previously booked the initial capacity of TSMC's 4nm chip production for future Macs and more recently ordered TSMC to begin production of the A15 chip for the upcoming iPhone 13,...
Read Full Article • 147 comments