Because of overwhelming demand for its annual Worldwide Developers Conference, Apple enacted a lottery to determine who would be able to attend the 2014 event, accepting entries from Thursday, April 5 to April 7 at 10:00 AM PT.

The ticket lottery has now ended and Apple has begun notifying lottery winners by email. According to the WWDC site, all applicants who submitted an entry were supposed to know if they had won (or lost) by 5 PM PT, but it appears the emails are taking a bit longer to be sent out.

Winners are able to purchase a ticket until April 14, 2014, and it appears those who did not win the lottery are not receiving emails at this time.

In 2012, Apple sold tickets on a first come first serve basis, with the available tickets selling out in just under two hours. A year later, in 2013, those tickets were gone in just two minutes, though Apple later invited additional developers to attend. Demand for WWDC prompted Apple to reinstate its Tech Talk sessions for developers throughout the fall of 2013, which will likely be repeated this year.

Lottery winners will be able to purchase an all-inclusive ticket for the Worldwide Developers Conference that includes access to Sessions, Labs, and special events for $1,599. 200 scholarship tickets are also available for students.

Apple's 2014 WWDC event is set to begin on June 2 and will likely open with a keynote where the company will unveil upcoming hardware and software products, giving us glimpses of iOS 8 and OS X 10.10, among other things.

Update 5:42 PM PT: Apple now appears to be sending rejection emails to users who were not selected to attend WWDC.


*edited to remove my name from the email. oops. 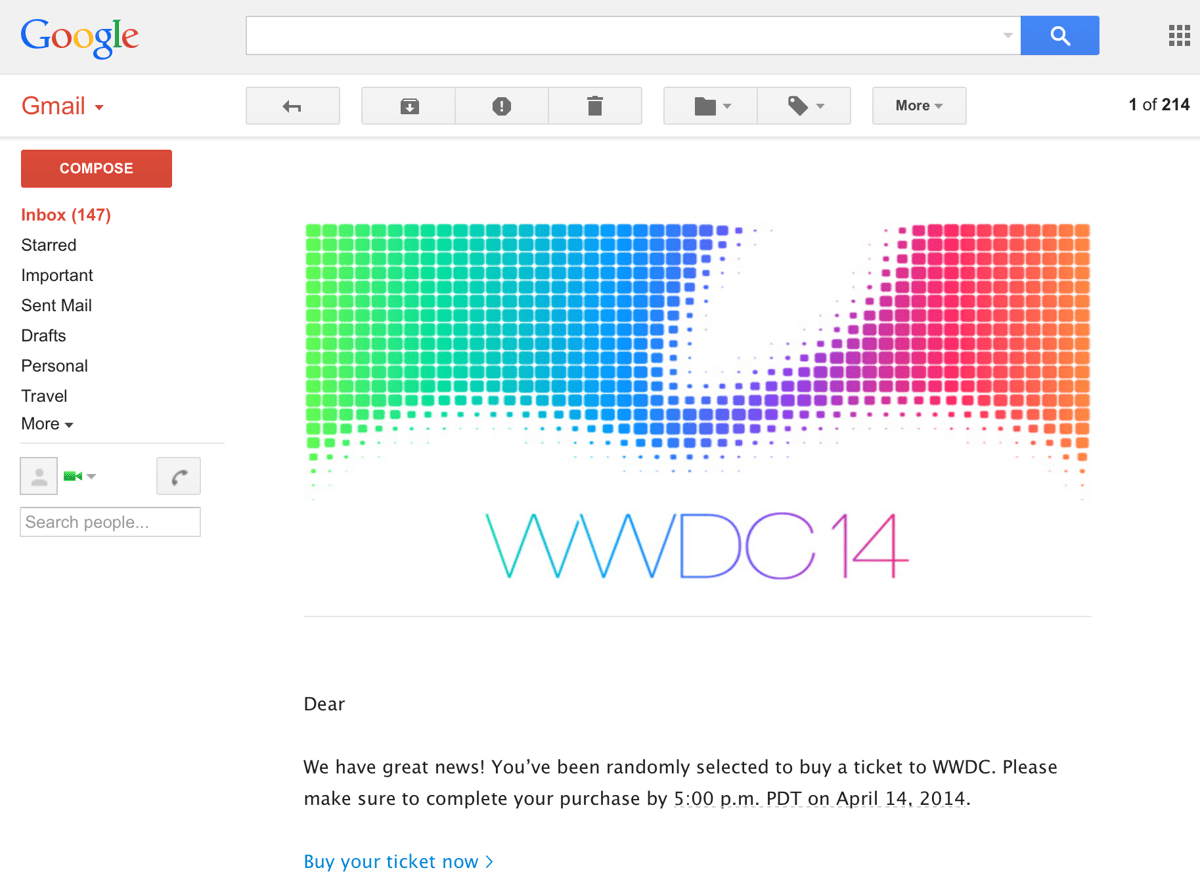 smulji
"Apple now appears to be sending rejection emails to users who were not selected to attend WWDC."

A thousand No's for every yes.
Score: 6 Votes (Like | Disagree) 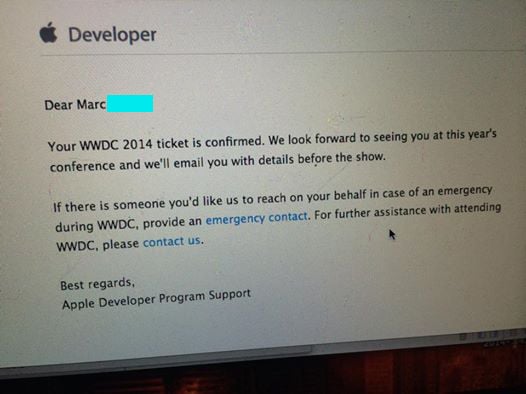