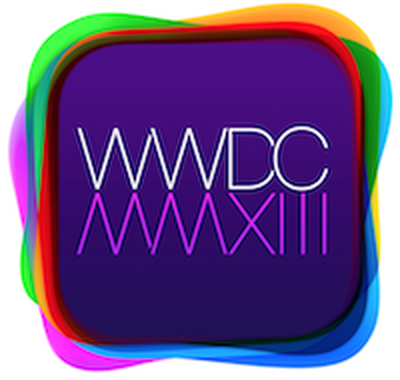 Apple today announced on its developer news website that it will be "hitting the road" with individual Tech Talk sessions for developers this fall (via The Next Web). The news comes a day after tickets for the company's Worldwide Developers Conference (WWDC) sold out in two minutes.

Enthusiasm for WWDC 2013 has been incredible, with tickets selling out in record time. For those who can’t join us in San Francisco, you can still take advantage of great WWDC content, as we’ll be posting videos of all our sessions during the conference. We’ll also be hitting the road this fall with Tech Talks in a city near you. Hope to see you there.

With the quick sellout, even some developers who thought they were purchasing their tickets in time experienced difficulties with the checkout process, and Apple contacted some of those affected developers yesterday to offer them a second chance at purchasing tickets. For those who missed out on WWDC tickets but would still like to take advantage of some the excitement and opportunities surrounding the event, a free alternative to WWDC called AltWWDC has also been announced.

Still, demand for access to Apple engineers remains high, and the company has apparently seen fit to revive its Tech Talks tour in order to make contact with additional developers who are unable to attend WWDC.

Apple has not yet announced which cities the Tech Talks will take place in, but the company may share more details around WWDC, which takes place June 10-14 at the Moscone West convention center in San Francisco. Apple last held its Tech Talks tour to support the launch of iOS 5 in late 2011 and early 2012, taking its show to 9 cities around the world.

ArtOfWarfare
Are we going to have some major new SDK features in iOS 7?

Apple's been keeping a lot of toys to themselves with iOS 5 and iOS 6... a few things that come to mind:

1 - The maps app runs on the lock screen
2 - The maps app has stylized notification banners
3 - The stocks app has a widget in the notification center, as does the weather app
4 - Various apps integrate with Siri (even third party apps like Open Table) - but no public SDK for that
5 - The UIWebView in Safari runs a better version of WebKit than the one in the SDK.

From iOS 2 - iOS 4 it seems like the public SDK was pretty similar to what they used internally, but somewhere around iOS 5 they started showing off new features that third party developers obviously can't compete with because Apple doesn't ever add the needed parts to the SDK. Maybe they'll correct it with the iOS 7 SDK.
Score: 7 Votes (Like | Disagree)

I hate it when they obscure the year with Roman numerals which should be banned. What is this the year 100AD.

Anyway I can't wait for ios 7. I hope it is better than the yawn feast ios 6 was.


If you can't read Roman Numerals then you need to go back to the second grade.
Score: 6 Votes (Like | Disagree)

The engineers don't seem to be doing too much, so why not take a road trip!


I am sure the engineers are bumming around in Cupertino not having anything to do.:rolleyes:
Score: 6 Votes (Like | Disagree)

They have also been getting multiple negative reviews about how tired iOS is, which has to be a revolution and NOT a evolution this time around.

So the tech geeks who get easily bored are tierd with iOS. Yawn. Go play with an S4 if you're bored. Plenty of bloatware there to keep you busy.
Score: 5 Votes (Like | Disagree)

That's so ignorant it's funny. The iPad is a big phone and there was nothing revolutionary about the MacBook Air...

So the new iMac, mountain lion, iOS 6 the complete redefinition of the table market, a growing market share and their biggest revenue in history and you think the company is in trouble?

We've had no new product announcement for five months and people are bored? They want the OS to be a different colour for the sake of it because evolution of hardware and software isn't 'sexy' enough.

Maybe apple should throw the desktop OS away and give us their version of windows 8, cause that's working out so well for Microsoft!

We don't need change for changes sake, I'm excited for what comes next but when a company is giving back 100 BILLION dollars to share holders cause they are making too much money, I don't think there's an issue....


It's true though, and I'm surprised you don't see it. In the late 90's, you were hitting hardware limitations, so every hardware update allowed new features. Airport (now simply called WiFi) was a huge improvement, as was USB. The PowerBook G4's were amazing machines. The Macbook Pro was great, and the unibody brought new structural improvements making it one of the most sturdy consumer computers.

That came out in 2008. Since then, they're removed Firewire, Ethernet, an Audio jack, a lock, and added an SD card (which they should have had since 2006) and Thunderbolt, which is too expensive to be useful.

In their tablet and phone lineup, the iPhone 5 looks like an elongated 4s, which is the same as the 4 in every way excluding siri. Meanwhile, their iPad looks just like the iPad 1, and with the exception of progressive updates (more, faster), is the same as the iPad 1.

Where's the post-PC era where I can use a tablet as my hub? That's right, Microsoft makes that. Where's the materials upgrades that make my computer not dent it when I look at it funny? Again, look to Sony for Carbon Fiber and Microsoft for Vapor Mag.

The only two areas that Apple really was able to make something out of - the ultra book market and the tablet market, they're quickly losing to comodity players. Meanwhile, Apple's losing market share and sales are slowing across the board.

If you want a true view of how backwards they've become, look at their Retina Macbook Pro (flagship) lineup. If you ignore the OS and glowing apple logo, and just look at specs, Apple only has $2300+ laptops for people who require power. Everything else is high markup low specs but in a shiny case.
Score: 5 Votes (Like | Disagree)
Read All Comments