AppleScript Support Comes Back to Numbers, Could Signal a Return of Power User Features 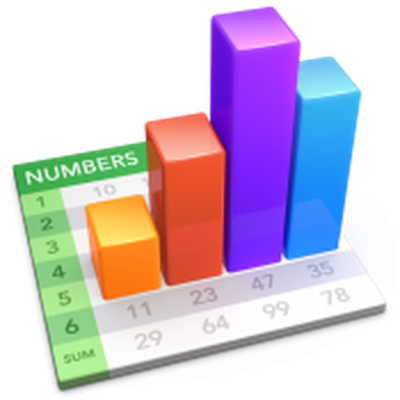 Last October, Apple angered a lot of iWork power users when it introduced new versions of Pages, Numbers, and Keynote.

The new versions were rewritten from the ground up for improved usability and cross-platform compatibility across OS X, iOS and iWork in iCloud, but, as a result, some power user features didn't make it into the machine at release.

Apple promised to restore the lost features and last week's iWork update is the first step in restoring those features.

As Macworld notes, Numbers has gained significant AppleScript support, almost fully backwards compatible with previously created scripts for Numbers 2009. The iWork team has also added a number of new scripting features. It seems likely that scripting support will be added to Pages and Keynote in a future update.

The latest update of Numbers reintroduces AppleScript support in a big way. While Apple could have taken an iterative approach, reintroducing a few commands here and there, it chose instead to go whole-hog: The entire suite of scripting terminology originally supported by Numbers in the 2009 edition of iWork has returned.

This means that, if you have Numbers scripts you used with that 2009 version, most of them should (in theory) now work with Numbers 3.1; those scripts may require tweaks, though, because some features of Numbers itself have changed.

Users with feedback for Apple regarding the iWork apps, including complaints about missing features or suggestions would be well-served to give Apple feedback on its website. With these changes to Numbers, Apple does appear to listen to its users.

nagromme
Apple took nothing away. (Old versions remain.) New versions have gained a new mix of features on a schedule some people don't like, but which makes good sense from a software development perspective. I wish more companies had the guts to "start fresh" more often. (Adobe: YOU!)
Score: 8 Votes (Like | Disagree)

They weren't deleted, they just weren't re-added yet. They did a rewrite..


Oh, I see. They didn't go away, they just went out for a stroll and will return before dinner.
Score: 7 Votes (Like | Disagree)

roadbloc
Focus on Pages please Apple. It isn't as if it was the best before you totally stripped it of features. But it had great potential and it would be a shame to have it all thrown away.
Score: 6 Votes (Like | Disagree)

jacg
Will the option to have a single or multiple inspectors servicing multiple documents return so that muscle memory and screen real estate actually count for something?

Or will it remain like Office where buttons are always on the move and duplicated in every document being edited?

Even before you consider all the lost features, this smack in the face to power users upsets me the most.
Score: 5 Votes (Like | Disagree)


Just don't try to download those older versions from the Mac App Store if you dare to purchase a new computer, etc. :rolleyes:
Score: 4 Votes (Like | Disagree)


My concern is full support in IOS. If AppleScript support is only for the Mac versions Apple has already lost its way. We need feature parity across platforms.


I don't quite get that concern, if you choose to automate some tedious task on the Mac in Numbers, that will still result in a Numbers document you can open on iOS regardless if it was produced by hand or automated. Automation is a strength of the desktop, I say they should take advantage of that. As long as the end result is a valid iWork document, then that will be compatible with iOS regardless if it's machine or human made. :)
Score: 3 Votes (Like | Disagree)
Read All Comments