Reports of iTunes Radio Working in the U.K. After iPhone Restore

Over the past several months, iTunes users in the U.K. and several other countries have noticed the availability of the welcome screen of iTunes Radio on their devices, hinting at an upcoming release.

It appears that most of the users that are able to access and use iTunes Radio had recently wiped and restored their devices, which suggests that iTunes Radio may be accessible after an iPhone reactivates. MacRumors is not, however, recommending that users restore their devices, and it's not clear if this is a temporary glitch as Apple prepares for the U.K. launch. 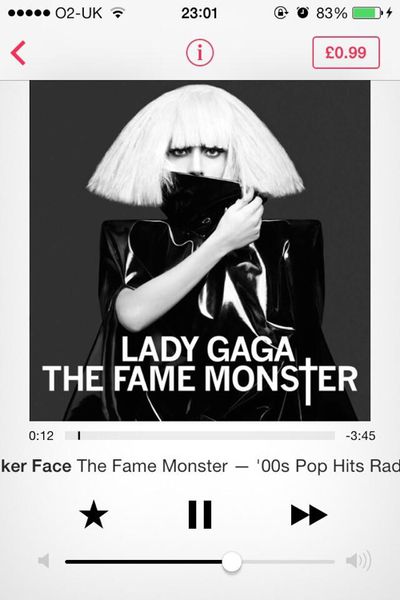 Image courtesy of @Marcus1090
iTunes Radio, which was first announced in June at the Worldwide Developer's Conference and later became available in September alongside the launch of iOS 7, has thus far been limited to listeners in the United States.

In October, Bloomberg suggested Apple would expand the service to Canada, the U.K., Australia, and New Zealand by early 2014, but the service has remained limited to the U.S. throughout January. While some U.K. users receiving access after a restore could indicate an imminent release, a similar situation arose back in October with some users in Canada and the U.K. temporarily able to access the service.

According to Apple’s senior vice president of Internet software and services Eddy Cue, launching iTunes Radio worldwide is a top priority for the company, with Apple ultimately aiming to have the service "in more than 100 countries."

OLDCODGER
Judging by the image, it's not worth the bother.
Score: 6 Votes (Like | Disagree)

bushido
nada in Germany either. but im not surprised with our lovely GEMA. oh well back to my US Account.
Score: 5 Votes (Like | Disagree)

I'm in Sydney, Australia and have been unable to replicate this on my iPhone 5S running iOS 7 nor my iPad Mini also running iOS 7.
Score: 3 Votes (Like | Disagree)

nada in Germany either. but im not surprised with our lovely GEMA. oh well back to my US Account.


Like iTunes movies in the cloud, TV shows in the cloud, two step verification, a lot of Apple TV content and so on...either we get it late like iTunes Match or never :D
Score: 1 Votes (Like | Disagree)

nada in Germany either. but im not surprised with our lovely GEMA. oh well back to my US Account.

Thank you for nothing GEMA.

GEMA are awful, it's agreed.

I don't know anyone that has even heard of iTunes radio here in the UK let alone iTunes match.

Apple really are behind in streaming.

Especially since Spotify on Mobile in now free (shuffled playlists not on-demand) so that effectively replicates iTunes Radio.

Aside from the iTunes vouchers i get for christmas presents i can't remember the last time i spent money on the iTunes store.

...maybe because iTunes Radio doesn't exist in the UK yet?

When it launches, iTR will be a hit. People who listen to lots of music went to Spotify a long time ago, but the Mums&Dads who only listen occasionally are a big part of the market and are up for grabs.

To that end, having a streaming service built right in to the Music app is going to help them massively. Those people will just tap 'Music', type in some music they like, and stuff will start playing. That's a huge win for Apple over Spotify. Apple are lucky they don't have a monopoly in the smartphone space, or this wouldn't be possible (in the same way Microsoft bundling IE with Windows was deemed anticompetitive).
Score: 1 Votes (Like | Disagree)
Read All Comments