Pegatron, the factory that produces Apple's iPhone 5c, has implemented facial recognition technology to pre-screen potential employees ahead of hiring in order to prevent the company from hiring underage workers, reports The Wall Street Journal. 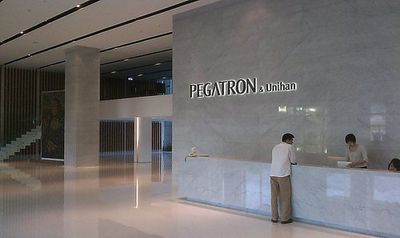 Underage workers pose a serious threat to Apple suppliers as Apple has a strict policy against the hiring of workers under 16, China's legal working age. Earlier this year, Apple dropped Pingzhou Electronics as a supplier after multiple violations for hiring underage employees.

To screen for underage workers, Pegatron, which implemented the technology earlier this year, reportedly checks government-issued IDs for authenticity, with the faces matched to their ID photos using facial recognition. This is designed to prevent employees from using fake IDs or IDs borrowed from other people.

Last week, a 15-year-old Pegatron factory worker, Shi Zhaokun, died of pneumonia, bringing underage labor violations into the spotlight once again. The employee reportedly used a fake ID to acquire the job, and according to Pegatron, though he too went through the same security checks, he used a fake ID with his actual photo to bypass the facial recognition system.

In theory, these measures should keep out underage workers, as they should catch people using fake or borrowed IDs. In Mr. Shi's case, he was able to obtain a government-issued ID card that included his photo but another person's identifying information, the company said.

Apple, which voluntarily joined the Fair Labor Association (FLA) back in 2012, sent a team of doctors to investigate the incident. The company maintains a Supplier Responsibility section on its website and publishes yearly reports on worker welfare at its suppliers.

Apple has pledged to prevent excessive work hours, poor working conditions, unethical hiring policies, and the hiring of underage workers at the factories that supply Apple with parts. Despite Apple's efforts, Pegatron continually finds itself in the spotlight, last making headlines in July when a Chinese Labor Group accused Pegatron of numerous safety and workplace violations.

lilgto64
Are there any women here today?

Wow those factory jobs must just be so terrible that someone would use a fake ID to get a job there despite being underage. And let's blame Apple for allowing the occasional lapse in judgment or security etc that goes on in a foreign country in a separate company or in a young person's mind.

Regarding parents - maybe the kid is an orphan and was living in a van down by the river and figured this was his only way to make a better life for himself - and while we are at it lets blame Apple for poverty, illness, and human right's violations everywhere we can find them.

I doubt very much that anyone can design any system or process which will be 100% effective at deterring all future such cases. Which is not to say that it is okay to have an institutionalized policy whereby such violations are ignored or encouraged.
Score: 6 Votes (Like | Disagree)


Regarding parents - maybe the kid is an orphan and was living in a van down by the river and figured this was his only way to make a better life for himself - and while we are at it lets blame Apple for poverty, illness, and human right's violations everywhere we can find them.

Just to be clear: When we find out about child workers at some factory in ______, we aren't talking about some nine-year-old who was pulled out of Calculus class in a private school one day so that he could make iPhones. We're talking about a child who has a job to support themselves, possibly a family, and whose only other alternative would likely be as a child prostitute. If you remove this child's ability to earn a real income (under whatever conditions), do you honestly think whatever happens next is going to improve their lives?

I don't defend labor abuse, and I would like to see manufacturing returned to the USA regardless. However, the idea that simply taking underage workers away from these jobs will be a human rights win is very shortsighted. What can be done about the situation as a whole? Can we change the social conditions that make child labor advantageous for anyone?
Score: 3 Votes (Like | Disagree)

U.S. companies needs to move manufacturing out of China and other countries that have no regard for basic human rights. If we stop letting China fix their currency exchange rate, then labor there would become much more expensive and it would no longer make economic sense to do business there.


Yes, send the Chinese laborers back to the over populated rice patties to starve in poverty.

iLoveiTunes
fake beard is going to be in big demand from here-on ;)
Score: 3 Votes (Like | Disagree)

devilbond
Pretty sure just being young didn't kill the kid. The other real problem is how a human being, regardless of age, can be enabled to die at work without any other staff noticing that they are sick.
We all, not just China, need to foster any development we can that will lead to a more empathetic, caring culture.

*holds hands with people on either side and sways*
Score: 2 Votes (Like | Disagree)
Read All Comments