Apple yesterday released its 2013 Supplier Responsibility Report (PDF), disclosing the results of its audit program for 2012 and revealing that it had fired one of its suppliers after finding evidence of 74 underage workers at one facility. 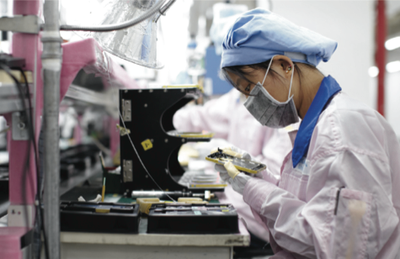 In January 2012, for example, we audited a supplier, Guangdong Real Faith Pingzhou Electronics Co., Ltd. (PZ)  that produces a standard circuit board component used by many other companies in many industries. Our auditors were dismayed to discover 74 cases of workers under age 16—a core violation of our Code of Conduct. As a result, we terminated our business relationship with PZ.

Apple's investigation determined that many of PZ's underage workers had been provided by a local labor agency that had conspired with families to forge age verification documents. As a result, Apple reported the agency to authorities, who fined suspended the business license of the agency while requiring PZ to pay the expenses to return the children to their families.

Apple's report touts a number of other achievements for 2012, including a 72% increase in the number of audits performed compared to 2011, worker empowerment training for 1.3 million employees, and increased compliance with working-hour limitations.

We've previously covered Apple's regular updates on working-hour compliance, noting that the rate had fallen in the September-November period as part of Apple's allowance for voluntary overtime during periods of high demand. Apple's new report reveals that compliance with the standard returned to near its highs in December, with Apple's audits showing 92% compliance for the entire year across more than one million tracked workers.

Laird Knox
Derp: "Apple uses child labor!"
Apple: "We have cut ties with companies that do not meet our labor standards."
Derp: "OMG! Apple throws children out on the street!"
Face: Palm
Score: 17 Votes (Like | Disagree)

RyanR.
So now these kids are homeless and jobless?
Score: 14 Votes (Like | Disagree)

Limboistik
This is both good and bad.
Now the kids have no jobs and no money to send home to their poor families.

Life is different over there.
Score: 9 Votes (Like | Disagree)

No wonder we have edge bleeding, etc. kudos to Apple for making sure they have competent workers, so we can swap the items out less often. Maybe the kids will stop playing hooky and get back to school to learn some real world job skills. If their parents had finished their education instead of acting like rabbits, they could have bought an iPhone instead of sending their kids out to make them one.


This is such an ignorant statement about the social/economic situation in China I don't even know where to start.
Score: 6 Votes (Like | Disagree)

cire
I worked illegally beginning at age 14. My mom, a working single mother, helped me forge a birth certificate to work at a Burger King. It provided our household with the cushion we needed to not become homeless. I also saved some of the money and used it (against her wishes) to buy my first computer...a Vic-20. I used that computer to make a game that was published, and went on to become a software developer...and Apple engineer.

Had I not worked at an early age, My life would be very different and probably much worse.
Score: 6 Votes (Like | Disagree)
Read All Comments