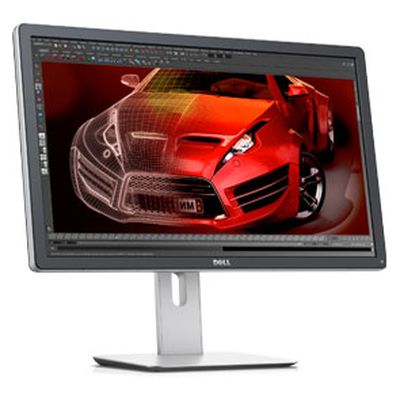 Dell has posted details of a new 24-inch monitor sporting a 3840x2160 "4K" Ultra HD resolution at 185 pixels per inch on its website (via Anandtech), suggesting the company may soon be selling 4K monitors to its consumer and business customers. No pricing or release date information, however, was included in the listing.

The development could provide insight into future Apple 4K monitor offerings as the two companies have historically used the same supplier for their display panels.

See more of everything — down to the smallest detail

- Our highest pixel density sharpens the tiniest details in videos and images for stunning results.
- Ultra HD 3840 x 2160 packs in four times the resolution of Full HD.
- Get a clear and consistent view with an ultrawide 178°/178° viewing angle.

It is unknown if Apple would use the same 16:9 3840 x 2160 panels for a 4K display, as some have suggested that the company may prefer to push Thunderbolt 2 to its limit and support the wider 4096 x 2160 "Cinema 4K" standard given that the display will undoubtedly be targeted at professionals, many of whom in the film industry will be working with content using that resolution standard adopted for film production.

With the new Mac Pro, expected sometime this month, supporting up to three 4K displays simultaneously, there had been hopes that Apple would release updated Thunderbolt displays with 4K displays in the near future. Though these new 4K display panels have been announced from a number of potential suppliers, we have heard no firm details about new Thunderbolt displays from Apple.

RobinHood5
It's ugly as heck too.
Score: 25 Votes (Like | Disagree)

I like the resolution, but GPU options in apple computers has gone to *****. It used to be pretty bad.... now its next to non-existent.


I've gotta disagree. I must say I'm thoroughly impressed with the Iris Pro's performance in my wife's new 2013 iMac. It does pretty much everything last year's base model can do without having to be discreet whilst cutting down on noise (one less fan) and saving in energy. Base models may not be intended to drive 4K displays but its an achievement that Intel has finally caught up with entry level discreet graphics.

Meanwhile my 2012 iMac with the 680MX is handling Battlefield 4 just fine. And now we're up to 4GB of video memory? I'd say this is the best era for GPUs in all-in-one Macs.
Score: 12 Votes (Like | Disagree)

macaddiict
Assuming this is a decent price, I'll likely be buying one. After upgrading to a retina MacBook Pro, using a regular monitor is like sand in the eyes.
Score: 9 Votes (Like | Disagree)

skysurfer
Make it 27" or even 30" and maybe then it would be worth looking at
Score: 9 Votes (Like | Disagree)

Why does Dell always have to use ugly stands with their monitors?


At least they are slightly adjustable up and down, unlike Apple monitors. If you are over 6", you need to put it on a book or buy a booster stand for it, or throw the stand away and buy a complete VESA desktop mount for it.
Score: 7 Votes (Like | Disagree)
Read All Comments