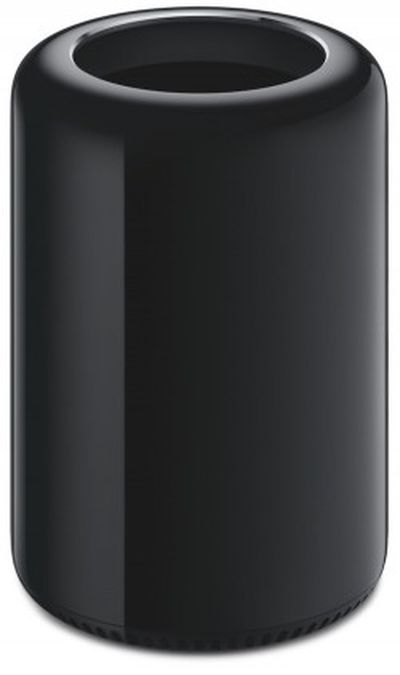 The Austin American-Statesman reports that Flextronics America is currently in the middle of a hiring effort that will see the company employing as many as 1,700 workers to build a "next generation desktop computer" at the company's facilities in Austin, Texas. While Flextronics will not reveal the identity of the computer or the company behind it, speculation naturally points toward Apple's radically redesigned Mac Pro.

Flextronics America, which has ramped up hiring and spent tens of millions of dollars to renovate its Northwest Austin factory over the past two years, will start manufacturing a "next generation desktop computer" at the upgraded plant, according to a presentation it filed Monday with Travis County commissioners.

The document, part of a push by the computer and electronics manufacturer to have its Central Texas facilities designated as a foreign trade zone, suggests the company already created 879 jobs for the project and could add another 815 positions if it hits peak targets.

Flextronics had previously been named as Apple's contract manufacturer for the Mac Pro as part of an effort to bring some Mac production back to the United States, but we had received an unconfirmed tip that Flextronics would be using its facility in Fort Worth, Texas where it manufactures the Moto X smartphone.

It appears that the company will instead be using its Austin facilities that are less than a mile from Apple's existing operations campus where it employees roughly 4,000 workers. That campus is currently undergoing a major expansion that will see Apple spending over $300 million to add at least 3,600 new employees there over ten years.

Apple announced back in June that the new Mac Pro would be launching later this year, and the machine is expected to be featured at the company's media event reportedly scheduled for next Tuesday.

Why doesn't Apple build its own assembly facility...

They're finally bringing production of something back to the USA, and they are sending it out to a contracted builder...


Yeah. I'm going to need that downvote button back

This is why I hate Apple marketing. When was the last time you saw an ad for a "Next Generation Mac Truck"?


It's not an ad. It's a description by a third party company to inform potential hires what they will be doing.
Score: 13 Votes (Like | Disagree)

They're only hiring workers now? I thought this thing was supposed to be available soon. So much for an October 22nd release.
Score: 12 Votes (Like | Disagree)

violst
Another Mac Pro rumor today, Finally the Mac Pro is getting some love again.
Score: 7 Votes (Like | Disagree)

HiVolt
Why doesn't Apple build its own assembly facility...

They're finally bringing production of something back to the USA, and they are sending it out to a contracted builder...
Score: 6 Votes (Like | Disagree)

Why doesn't Apple build its own assembly facility...

They're finally bringing production of something back to the USA, and they are sending it out to a contracted builder...


If you are serious and have a few days, we can begin to explain the book of production issues.

As some others already posted, one cannot develop production know how overnight. The resources that takes are better spent in areas of ones expertise.

Contract work has many advantages over owning and running a factory. (I have done both)

Besides personnel management, HR issues, paperwork for thousands of employees, ever changing production lines require further investments and what if the day comes that there is no work for a factory when a product cycle is finished?

If you contract, no worries. You just don't place any orders and if you own an Apple factory and now want to contract for others, that won't work as these are competitors.

The type of production output needed for iPhones and iPads requires a lot of workers and the amount of qualified personnel is not available in the US.
(engineers for example)

Supervising a Contract manufacturer is much easier. One can tell them what specs to work by, push them for greater output and offload all production issues to them.

If that would all happen internally Apple would have a ton of internal discussions with she said and he said arguing when something goes wrong.

US labor laws and practices are also not business friendly.

Just because Apple has money, doesn't mean they need to spend it unwisely.

Owning a plant doesn't give them more bang for the buck. Developing the next best thing does!
Score: 5 Votes (Like | Disagree)

iMat77
Increasing the size of a factory and hiring workers is only part of the "Manufacturing puzzle".

Apple doesn't have the know how currently to create such a plant. And a manufacturer produces several electronic goods and can have scale economies as well as output flexibility, as well as machinery patents.

Creating a manufacturing know how in house is too expensive and not "critical" for apple. They prefer, rightly so, to keep the "design know how" in house. Which, in itself, is already an enormous deal. Designing custom silicon is already a gigantic feat.

I prefer them doing it and leaving assembly to specialized companies with know how, experience, flexibility and scale economies.
Score: 5 Votes (Like | Disagree)
Read All Comments