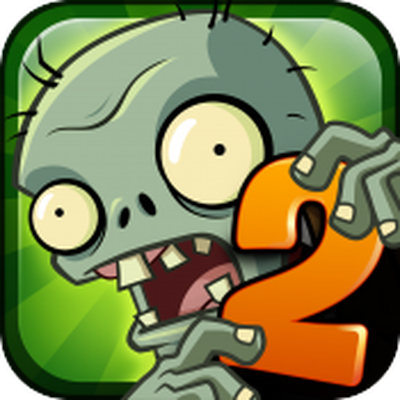 Apple paid EA a "truckload of money" to delay the Android version of Plants vs Zombies 2 according to Frank Gibeau, head of EA Labels, reports gaming site Giant Bomb.

With the exception of China, Plants vs Zombies 2 has not launched on Android yet -- the fact that the game is iOS-only is a big win for Apple.

“Apple gave us a truckload of money to delay the Android version [of Plants vs Zombies 2],” said Frank Gibeau, head of EA Labels.

Giant Bomb confirmed the quote with several sources who watched the presentation today.

It is unclear what a “truckload of money” means, and we have no further details on the apparent agreement between Apple and EA.


Apple, for its part, categorically denies the report, saying that no money was exchanged. It's also possible that there was some sort of marketing agreement between the companies where the app was launched on iOS first in exchange for prominent placement on the App Store.

If the report is accurate, it would be the first known instance of Apple paying developers outside of the standard App Store revenue and shows how important AAA-level games are to the App Store. It also shows how important Apple is to the developers of AAA titles, with the App Store on par with other consoles with regards to exclusive launches. Apple has a tendency to show favoritism with regards to App Store placement and promotions to developers that release exclusively on iOS.

Plants vs Zombies 2 is a free download for the iPhone and iPad. [Direct Link]

Update: EA has issued a statement to Metro acknowledging that no money changed hands and that the issue was an "unfortunate misunderstanding".

‘A comment from an internal meeting taken out of context has created an unfortunate misunderstanding. Reports of a paid relationship between Apple and EA are factually inaccurate, and we apologise for any confusion,’ said a later EA statement.

StevesJob
really nice move of EA to cash in the money and then tell everyone that apple bribed them...
Score: 31 Votes (Like | Disagree)

trainwrecka
I haven't played Plants vs Zombies 2... only the game Customers vs In App Purchases.
Score: 30 Votes (Like | Disagree)


Pretty much how the entire gaming industry rolls, so to speak. MS pays for 360 exclusives, Sony pays for PS3 exclusives, they both pay to keep games off the PC. Not surprising that mobile device companies are getting into it.

I think the one thing we can be certain of is that "Frank Gibeau" will be searching for employment soon.
Score: 14 Votes (Like | Disagree)

Michaelgtrusa
This could mean big trouble for Apple.
Score: 14 Votes (Like | Disagree)
Read All Comments

Sunday August 1, 2021 6:21 am PDT by Sami Fathi
Models of the Apple Watch Series 6 with titanium cases part of the "Apple Watch Edition" collection is currently widely unavailable for pick-up in several of Apple's retail stores in the United States and is unavailable entirely for delivery in major markets. Noted by Bloomberg's Mark Gurman in the latest edition of his "Power On" newsletter, titanium models of the Apple Watch Series 6,...
Read Full Article • 134 comments