Wednesday September 18, 2013 7:48 am PDT by Eric Slivka
Following Apple's introduction of a new "Space Gray" color to replace the slate color previously used on the iPhone 5 and the company's iPod lineup, many have wondered whether the iPad and iPad mini will be making similar color transitions when they are updated in the near future.

Photos of alleged next-generation iPad mini rear shells have leaked several times over the past several months, but all of the parts have been of the silver variety that is paired with a white front panel in current models.

But now Japanese parts retailer Moumantai has begun selling a space gray version of the part (via Nowhereelse.fr), suggesting that the new color will indeed replace the slate color seen on the original iPad mini. 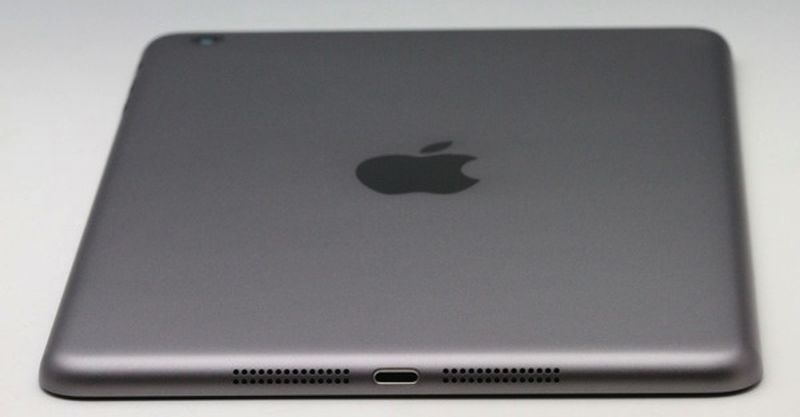 A somewhat sketchy report from C Technology yesterday [Google Translate] had claimed that the next iPad mini will be coming in the current silver/white and new space gray color options, and today's photos support that claim.

The report also claimed that the full-size iPad will be arriving in the same three colors seen on the iPhone 5s: space gray/black, gold/white, and silver/white. Nearly all of the recent fifth-generation iPad shell leaks have been of the silver variety, but the very first leak back in January showed the part in the slate color used on the iPhone 5 and current iPad mini. It is certainly possible, however, that Apple altered its plans after that point and opted to shift all of its planned slate-colored products to the new space gray.

Apple is expected to update its iPad lineup within the next several months, most likely at a media event scheduled for as soon as next month in order to ensure the new models hit the market in time for the holiday shopping season. Much of Apple's Mac lineup is also due for updates, suggesting that the company may yet have a slew of product releases coming once interest in the upcoming iPhone 5s/5c launch begins to ebb.

iapplelove
apple sure is pushing "space grey" must be the easiest to manufacture.
Rating: 10 Votes

Awesome. I love the style of MacRumors, but once again...I read this on 9to5Mac and Cult of Mac hours ago... :(


I'll be honest, I stick with MacRumors because I really, really dislike 9to5Mac's web-site. It's horrible to look at. So I have accepted getting news a little later.
Rating: 7 Votes

Isn't it too gray? The original silver looks better to me.


It will replace the black, not the white one.
Rating: 6 Votes

scott911
Apple: I think I speak for most people when I provide this breaking news : My ears and my eyes are in the same general vicinity.

can't wait until you figure out how to make the speakers face the front.
Rating: 4 Votes

No Gold iPad, no peace.