Six hours after it became available for pre-order in ten countries, most configurations of Apple's new iPhone 5c remain available for launch day delivery on the Apple Online Store and through mobile phone carriers.

Specifically, Apple's website is showing that the phone has slipped to 1-2 weeks delivery for customers in Hong Kong, with the United States, Australia, Canada, China, France, Germany, Singapore, and the United Kingdom still showing delivery fulfillment of September 20 except for outlying areas in some countries. 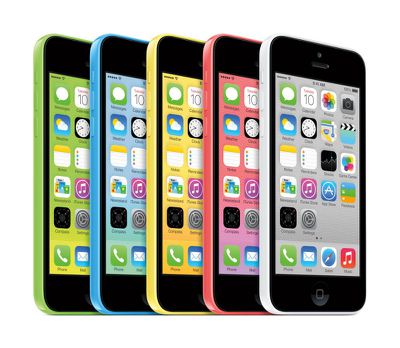 Major U.S. carriers AT&T, Verizon, and T-Mobile still have the phone available for pre-order, with all configurations still available. The only sign of weakness spotted so far is at Sprint, which notes that it may not be able to make delivery of all orders on September 20, with the yellow 32 GB model apparently under the tightest supply.

Following today's start of pre-orders, the iPhone 5c will become available next Friday, September 20. Apple’s other flagship device, the iPhone 5s, will go on sale in store and online the same day and will not have a pre-order period.

Update: Some seven hours after the start of pre-orders, Apple's U.S. online store has experienced its first launch-day sellout, with the unlocked yellow 16 GB model currently showing an estimated shipment date of September 25.

fins831
that's cause everyone is waiting for the 5s
Score: 24 Votes (Like | Disagree)

cheesyappleuser
Remember the 5C as the greatest flop from Apple in the recent years.
...
...
(yes, even considering Siri and Maps)
Score: 20 Votes (Like | Disagree)


Not really THAT much R&D. Plastic isnt anything special to work with.

Also you'd be surprised! Many people see that $100 as saved, and will get the cheaper model. The MR forum users will probably want the latest and greatest but we do not represent the general public.

what a waste of R&D.


I'm pretty confident they didn't spend much on that.
Score: 15 Votes (Like | Disagree)

musika
It's definitely interesting to watch how the 5c preorders are going compared to previous iPhone preorders, especially if you're one of the people who believe that the 5c is really the new mainstream iPhone for most people, which I do believe.

It'll definitely be fun to see numbers on 5c sales vs. 5s sales, considering Apple provides them to us.
Score: 10 Votes (Like | Disagree)

Yaboze
The 5C is the beginning of a new cycle.

They come out with a new flagship unibody aluminum or new material phone and last years phones guts go into a plastic cheaper model. They don't want to make the 5 and 5S at the same time.

It also gives you the feeling of getting something newish.

With that, I don't expect a high number of initial orders for the 5c, but I expect over time it will be a big seller with new customers. This is a phone for the long haul, not a phone people will stand days in line for.
Score: 9 Votes (Like | Disagree)
Read All Comments