During today’s iPhone media event, Apple announced new cases to go with both the iPhone 5c and the iPhone 5s, along with docks for both phones.

The form-fitting silicone iPhone 5c Case comes with cutout dots to show the color of the iPhone 5c beneath the case. It is available in black, white, blue, green, yellow, and Pink.

The colors match the iPhone polycarbonate shell of the iPhone 5c, and in a video shown during the presentation, it appears that Apple intends for different colored cases to be mixed with iPhone 5c shells to create unique, colorful looks. The iPhone 5c cases are priced at $29. 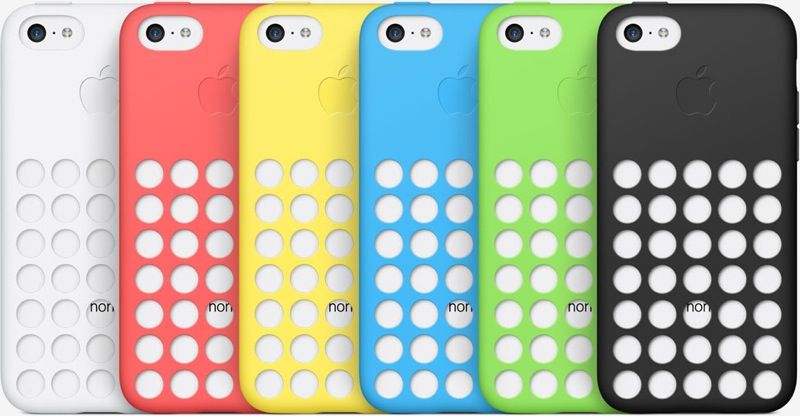 The case designed for the iPhone 5S is made from premium leather rather than silicone, and comes in a range of colors including brown, beige, black, yellow, blue, and (PRODUCT) RED.

According to Apple, the leather is shaped to cover the volume buttons, the on/off switch and protect the chamfered edges of the iPhone 5s. The inside of the case contains a soft microfiber, and the dye has been infused into the leather. The iPhone 5s cases are priced at $39. 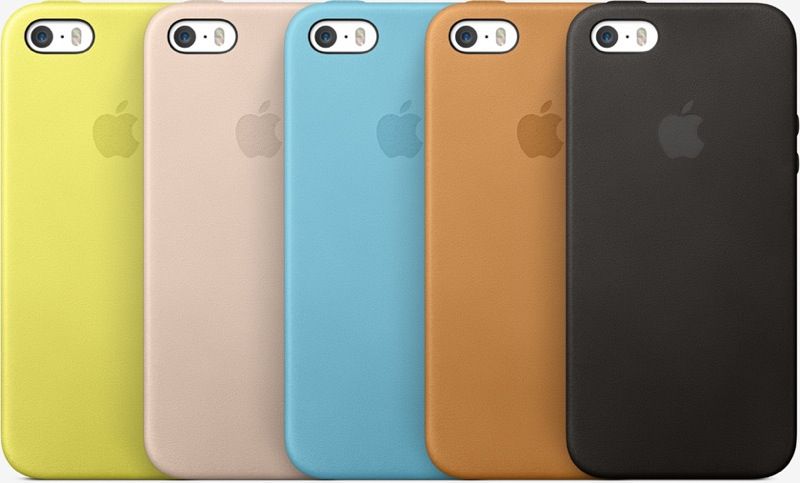 musika
They really should've done something so that the "iPhone" weren't all choppy underneath the 5c case.
Rating: 10 Votes

RoelJuun
Great! So the back of your phone says 'hon' all the time. That is helpful!

quagmire
So glad Apple brought back the dock.
Rating: 8 Votes

Original iPhone PVC cable vs iPhone 4 vs iPhone 4S vs iPhone 5 cable.. totally disappointing at 8 months they turn yellow at 10 months they start to show the inner cable..


What do you do to those cables? I still have my first charger plus cable from the original iPhone from 2007. Still white. Still not damaged! Am I just lucky? Also I like how this old cable is way more flexible than the one that came with my New iPad. Are the new one still this "stiff"?
Rating: 6 Votes

Original iPhone PVC cable vs iPhone 4 vs iPhone 4S vs iPhone 5 cable.. totally disappointing at 8 months they turn yellow at 10 months they start to show the inner cable..


I don't know what you are doing to your cables, but it looks like it's been soaked in some acidic cat piss.

Like others here have said already, mine are pristine, white, and undamaged after 12 months usage.

No issues here with quality of the cables. Actually, I think I'll be picking up a 0.5m cable for the car, and a 2m one for my bedside table.
Rating: 5 Votes

applegigs
Oh great 2 meters of awesomeness ... maybe they should rethink the quality of these cables...

Original iPhone PVC cable vs iPhone 4 vs iPhone 4S vs iPhone 5 cable.. totally disappointing at 8 months they turn yellow at 10 months they start to show the inner cable..
Rating: 4 Votes

MN7119
Amazing oversight!!!! It looks like a college intern did this as a summer project and someone decided to launch it. Disgusting!!!!


I really hope for those looking to pick up an iPhone 5C with one of these bumpers that the text on the back of the phone doesn't show through the open circles like in the image above, 'cause that's nasty!

flottenheimer
Think I'll buy one of the leather cases for my 5.
Too bad the 5 is as scuffed now as it is.

I really don't like all the holes on the back of the silicon cases. A solid version would have looked better and have collected less dirt, imho.
Rating: 4 Votes

What is with all the leather?
I can't be the only vegan/vegetarian that is disappointed with the continued use of that material.


I agree. I'm vegan too. As much as I want to pick up official Apple case for the iPhone 5. I'm turned off by the leather. Especially being as though Apple is suppose to be environment friendly.
Rating: 3 Votes

calaverasgrande
What is with all the leather?
I can't be the only vegan/vegetarian that is disappointed with the continued use of that material.
Rating: 3 Votes
[ Read All Comments ]