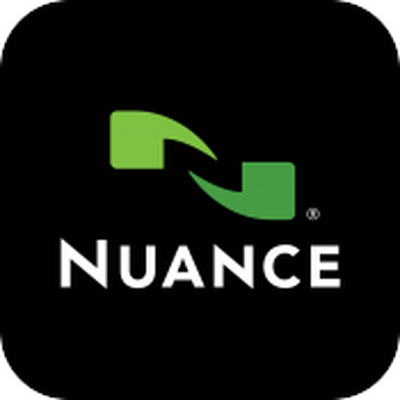 Nuance, the company that makes some of the voice recognition technology behind Apple's Siri, has adopted a 'poison pill' measure to deter any possible takeover attempts. Activist investor Carl Icahn, who recently bought more than $1 billion worth of Apple stock, also owns 16% of Nuance.

Icahn is famous for putting pressure on companies that he invests in, and some believe he could press Apple to purchase Nuance.

He has been publicly calling for Apple to dramatically increase its share repurchase program since he invested in the company.

Shareholder rights plans -- often called a 'poison pill' -- are a defensive tactic used by corporations to ward off unwanted takeovers. In Nuance's case, the company will allow shareholders to purchase additional shares of stock, thus diluting the whole stock pool, if any one investor holds more than 20 percent of the company. Icahn currently holds 16 percent of Nuance.

Nuance Communications, Inc. today announced that its Board of Directors has adopted a stockholder rights plan. Under the Rights Plan, stockholders of record at the close of business on August 29, 2013 will receive one right for each share of Nuance common stock held on that date. Initially, these rights will not be exercisable and will trade with the shares of Nuance common stock. If the rights become exercisable, each right will entitle stockholders to buy one one-thousandth of a share of a new series of participating preferred stock at an exercise price of $87.00 per right. The Rights Plan expires on August 19, 2014.

The Rights Plan is intended to enable all Nuance stockholders to realize the long-term value of their investment in Nuance. It is also designed to reduce the likelihood that any person or group would gain control of Nuance through open market accumulation or other coercive takeover tactics without paying an appropriate control premium. The Rights Plan was not adopted in response to any current effort to acquire control of Nuance.

The rights will be exercisable only if a person or group acquires 20% or more of Nuance’s common stock in a transaction not approved by Nuance’s Board of Directors.

Force collective share buyback through cooperation with other major shareholders. Once Apple starts buying back shares, it's non voting stock -- his percentage of voting weight therefore automatically increases. Considering how much cash reserve Apple has, shareholders could hypothetically push Apple to dump most of it on stock buyback. Icahn would win big profits-wise, and also increase his voting stake in the company significantly.

After that, Icahn has more money to buy more shares. Then Icahn could do what he always does -- put himself on the board, milk the company for a quick buck, then break down and sell the company in parts.

He owns 1% of Apple. How could he put any effective pressure on the company?


Force collective share buyback through cooperation with other major shareholders. Once Apple starts buying back shares, it's non voting stock -- his percentage of voting weight therefore automatically increases. Considering how much cash reserve Apple has, shareholders could hypothetically push Apple to dump most of it on stock buyback. Icahn would win big profits-wise, and also increase his voting stake in the company significantly.

After that, Icahn has more money to buy more shares. Then Icahn could do what he always does -- put himself on the board, milk the company for a quick buck, then break down and sell the company in parts.
Score: 4 Votes (Like | Disagree)

He was instrumental in the demise of TWA, so he definitely isn't on my favorites list.
Score: 3 Votes (Like | Disagree)

The points you make about executive excess and the value of "corporate maggots" are valid, but it's worth noting that "what's best for the stockholders" is often a very short-term and narrow view, because stockholders are fickle and easily swayed by short-term fluctuations in stock price that have no real meaning in terms of actual corporate health or the value of the corporation for society as a whole.

Phrased differently, if you're a shareholder, you want to see your shares increase in value steadily and constantly, or see a steady stream of dividends. If there's a bump, you as a shareholder might, in your own short-term best interest, attempt to get the company to do something to increase its stock value. Viewed in the long term, however, that short-term gain might be disastrous, while the dip might be part of a large-scale plan that will take years to play out.

Case in point: Way back when, in the early Steve Jobs return era around Y2K, Apple stock skyrocketed to around $30 in modern share terms (prior to a couple of splits, so it was $120 at the time if memory serves). A bit later, it crashed for no particularly good reason to about a quarter of that and stayed there for over two years.

If you're a shareholder with a lot of control over the company, you might freak out after two years of this "mismanagement" and fire the CEO (Steve Jobs) and the guys under him, because between 2001 and 2003 the stock you payed $120 a share for is STILL only worth a quarter of that, so they obviously must be incompetent.

In reality, that period was the start of the iPod era and a long term plan that turned the company into the largest and most profitable company in the world, and (if you sold at the 2012 peak) would have given you a 2,500% return on investment (or, if you had bought in at the bottom, a ~10,000% increase). A period during which the shareholders were almost completely ignored, and there were almost no executive changes.


I'm not sure guys like Icahn are such a bad thing. Large company executives often run the company as much for their own benefit as for the benefit of the stockholders. You guys all know this-- one of the symptoms is the excessive amount so many CEOs pay themselves. The only way to mitigate this is stockholder pressure. Unfortunately in many cases outside ownership is too diffuse to have any real power. Guys like Icahn force the ownership to focus on the stockholders. In some cases he buys a majority share and the stockholders become HIM, but the other stockholders make out nicely.

Someone mentioned LBOs, but Icahn has made hundreds of investments and only a few have been LBOs. Generally these were sick companies that held on too long or were badly mismanaged. Sometimes the best thing to do with a big company is to return the value to the stockholders, fire the execs and sell the assets to someone who can use them more productively, actually creating more jobs in the process.

Icahn is not altruistic and is not a nice man. Sometime the execs choose to pay him to leave, rather than fix the problems caused by their own incompetence and give up their own perks. He gladly takes this money! But the problem should be laid on the execs, not Icahn.

Guys like Icahn are rightfully considered to be the maggots or vultures of capitalism. Like maggots, they are ugly. But they also recycle dead flesh into useful elements that can be recycled into new growth.
Score: 3 Votes (Like | Disagree)

Though Icahn has been infamously know for such reputation, I think he. bought Apple stock solely for profiteering.


Well yes. Everything Icahn does is for profit. It's just how he makes his profit that can sometimes be destructive. He can't destroy Apple because it's too big even for him. But if he could destroy Apple for a profit he would in a heartbeat.
Score: 3 Votes (Like | Disagree)
Read All Comments