Fitness expert and Nike product consultant Jay Blahnik appears to have confirmed his hiring by Apple on Twitter (via 9to5Mac). While Blahnik has been a consultant to Apple on unspecified products in the past, it now seems that he may join the company full time, potentially working on Apple's highly-rumored iWatch. 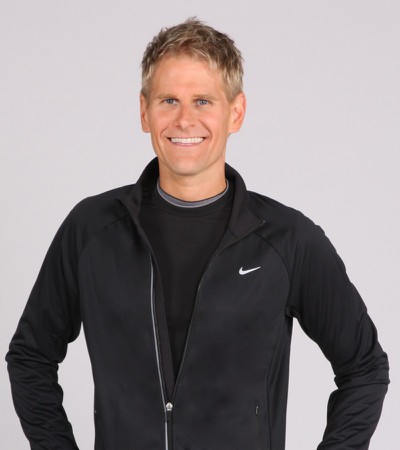 Jay has been a Nike Elite Athlete and Nike consultant for almost 20 years. He worked closely with Nike on the launch of Nike+Running, which has become the largest digital running community in the world. He was also the original creator and program developer of the Nike Training Club App, and the Nike Training Club in-gym program, which boasts over 6 million digital users. He is also a key expert and consultant for many of Nike's new Digital Sport initiatives that launched in 2012, including Nike+ Kinect Training and Nike+ FuelBand.

Last month, Apple notably hired new employees with an expertise in health sensors to work on the iWatch, including hiring personnel away from notable firms such as AccuVein and MediSensors. Apple has also been filing trademark applications on the iWatch name in a number of countries, and is reportedly looking toward a late 2014 launch for the product as it works to solve numerous technical challenges.

Update: AllThingsD confirms that Apple has hired Jay Blahnik and speculates that he will likely be working with the company's wearables team.

Since it seems Apple is on the trend of GOLD lately, maybe the iWatch will look like this:

tbrand7
This EXACT article was on Apple Insider yesterday morning. Macrumors needs to step up their game!
Score: 6 Votes (Like | Disagree)

WardC
Since it seems Apple is on the trend of GOLD lately, maybe the iWatch will look like this:

Risco
iWatch is now confirmed as a certainty.
Score: 5 Votes (Like | Disagree)

*wonders why people want a smart watch when google glass will be here.


Maybe some people don't want to look like a complete tool.
Score: 4 Votes (Like | Disagree)
Read All Comments

Friday May 14, 2021 11:52 am PDT by Juli Clover
Following the discontinuation of the iMac Pro, Apple also appears to be discontinuing Space Gray "Magic" accessories that it sold separately alongside the iMac Pro. The iMac Pro was the only Space Gray Mac, and Apple designed special matching accessories for it. The Space Gray Magic Mouse 2, Magic Keyboard, and Magic Trackpad all now say "While supplies last" in small wording at the bottom...
Read Full Article • 292 comments