According to a report from Chinese news outlet Da Lian Evening News [Google Translate] (via ZDNet), a woman in China suffered eye injuries from her iPhone 5 after it exploded while she was on the phone.

The woman reportedly felt the device's screen become warm after talking for 40 minutes, and eventually it combusted after she tried numerous times to end the call by tapping on the screen. The explosion sent particles of the phone into her eyes and she was rushed to the hospital, where she was eventually treated. Previously, the woman stated that she had dropped the phone once which left a small crack in the upper right corner, but claims the phone was still useable. 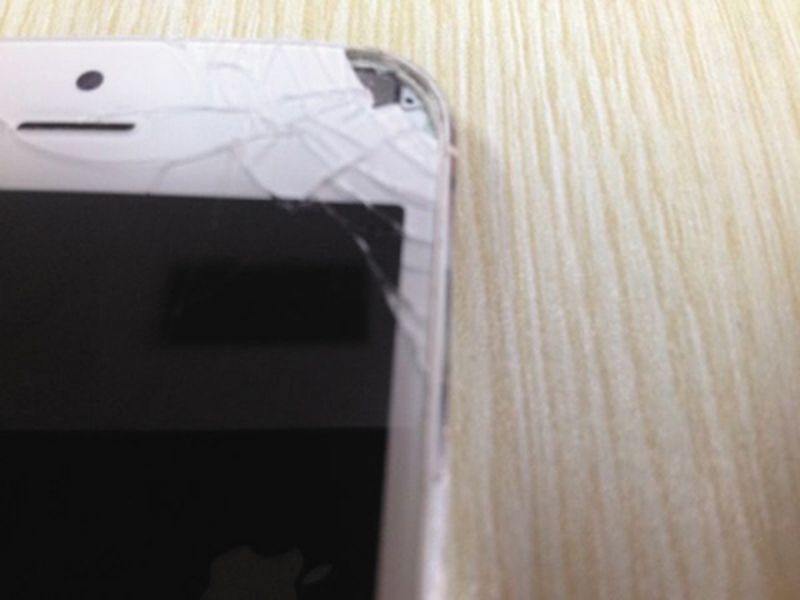 When she looked at the device to check it, Li then discovered the touchscreen was not responding when she tried to end the call. After a few more tries, the screen exploded.

Li said she felt some debris shooting into her eyes. "I could not open my eyes," she recalled. Her colleagues rushed her to the hospital where the doctor found her eyeball red and inflamed, and identified a scratch mark which suggested an object had scratched it.

An Apple representative has responded to the report and said that the incident would require further investigation and would not typically be covered under product warranty. Earlier this year, a Chinese man was left in a coma after receiving an electric shock while charging his iPhone 4, an incident which followed the death of a Chinese woman under similar circumstances. Both incidents apparently involved the use of unauthorized third-party adapters.

Apple has responded to the incidents by establishing a special page [Google Translate] to its Chinese website informing customers about the identification and use of genuine USB power adapters for the iPad and iPhone, as well as launching a third-party USB charger "Takeback Program" offering official replacement chargers for $10 to anyone who turns in a suspect adapter.

Just what china wanted! Apple will get burned big time for this!


According to the woman's own admission, she had dropped the phone before, which had left obvious damage on the screen. That's the first safety rule, don't use an electric device with obvious damage.
Rating: 49 Votes

GSPice
Why is it always the Chinese? I almost don't care about stories like this anymore.
Rating: 46 Votes

macbeta
Its Just Because its Apple

I'm willing to bet that many many accidents happen/caused by other manufactures phones, its just when it happens with an iPhone it gets pumped up by the media.:apple:
Rating: 40 Votes


Because it has the highest concentration of fake iPhones and fake iPhone parts which have safety issues.
Rating: 34 Votes


I assume (I hope!) he meant, "why don't we hear about this kind of thing elsewhere?"
Rating: 21 Votes

frisken
I have to agree, it always seems to happen in China. I would say it's more akin to the fact that there are more counterfeit phones in China than in other countries, are the sources positive this was an authentic iPhone?
Rating: 18 Votes

Whoa. Not looking good. And there were witnesses by the looks of it?


Dude apple does not have an exploding iphone problem. Chinese lawyers have discovered their version of hot coffee
Rating: 15 Votes

I call that statement BULL!