Ahead of an upcoming import ban on older Apple devices, Verizon attorney Randal Milch has published an open letter via The Wall Street Journal, calling for presidential intervention in the case to veto the ban.

High-tech products can implicate thousands of patents. If the ITC finds that a product infringes even a single one, it can stop the product at the border. But that's basically it. The commission can't levy much in the way of a lesser penalty. In the end the consumer suffers when the use of such an enforcement tool is unwarranted.

The import ban was originally scheduled back in June, after the U.S. International Trade Commission reached a decision on an ongoing Apple vs. Samsung patent case. The ITC ruled that Apple infringed on Samsung Patent No. 7,706,384, entitled "Apparatus and method for encoding/decoding transport format combination indicator in CDMA mobile communication system." 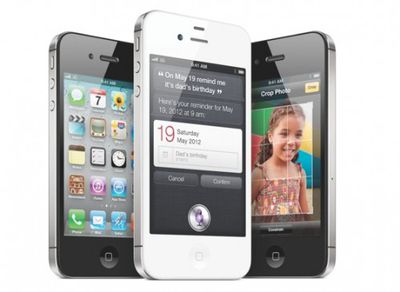 A cease and desist order was issued on several Apple products, including AT&T models of the iPhone 3GS and 4, the iPad 3G, and the iPad 2 3G. The ban did not go into effect immediately, however, as such rulings are given a 60 day window for the White House to intervene.

Though Verizon is not directly affected by case as it pertains solely to AT&T products, Milch believes that such a ban would further encourage patent abuse.

What we have warned is that patent litigation at the ITC—where the only remedy is to keep products from the American public—is too high-stakes a game for patent disputes. The fact that the ITC's intellectual-property-dispute docket has nearly quadrupled over 15 years only raises the stakes further. Smartphone patent litigation accounts for a substantial share of that increase.

"There are more than 250,000 patents relevant to today’s smartphones," Milch writes. "It makes no sense that exclusion could occur for infringement of the most minor patent."

Without intervention, the cease and desist order on Apple products will go into effect on August 5, 2013. Apple has filed for an appeal and has also requested a stay on the ban.

joecool99
so what. apple will discontinue those products anyway this fall.
apple is just buying time. next.

* however as a principle, this ridiculous patent war is out of hand. the whole system of patents need a major overhaoul how they are awarded and enforced.
Score: 7 Votes (Like | Disagree)

sputnikv
the low cost iphone as a replacement for the 4s makes more sense now
Score: 7 Votes (Like | Disagree)

Dontazemebro
I'm pretty sure the president has more pressing matters to attend to than to worry about Samsung and Apple's pissing contest.
Score: 6 Votes (Like | Disagree)

StuBeck
No one seemed to care when Samsung was blocked from the Australian market for a year. I'm not sure why they're suddenly concerned when it affects them.
Score: 5 Votes (Like | Disagree)

The ITC specifically exists to determine if imported goods infringe on US patents. This means that it has a lot of patent experience... certainly far, far more than most courts and juries.

That experience is why the Federal Courts will often defer a patent trial until the ITC has made an infringement determination. The courts don't have to follow the ITC decision, but it can be a big influence on companies settling ahead of time.

That's why Apple is a big user of the ITC. For example, they used it to leverage HTC into a deal, by getting a ban on their imports.

If the US ITC is able to ban imports based on a decision they make; and the decisions and questions are working its ways through courts; THEN they are overstepping their boundaries and acting like a court without any oversight. They are setting a very dangerous president.

That precedent was set decades ago. As for oversight, you can appeal their decisions to the President and to the Court of Appeals for the Federal Circuit (CAFC).

Note that the ITC can only ban imports. They cannot award damages etc... that's for the Federal courts.

The fact that they can only ban imports has another ramification that no one has mentioned yet: Motorola's latest phones are being built in the US. They cannot be banned by the ITC! That might be one reason why Apple is also thinking of moving some production back here.

Full disclosure: I'm against software patents, so I don't believe in the bans, either. Just repeating what the facts are, not supporting them.
Score: 3 Votes (Like | Disagree)
Read All Comments