Apple has updated the Supplier Responsibility page on its website addressing concerns over the illegal mining of tin in Indonesia.

The company is initiating a new task group with the Electronic Industry Citizenship Coalition (EICC) to determine if its suppliers are getting tin from illegal mining operations.

Bangka Island, Indonesia, is one of the world’s principal tin-producing regions. Recent concerns about the illegal mining of tin from this region prompted Apple to lead a fact-finding visit to learn more. Using the information we’ve gathered, Apple initiated an EICC working group focused on this issue, and we are helping to fund a new study on mining in the region so we can better understand the situation.

The Verge, which first noticed the change, noted that 249 of Apple's suppliers use tin in the production of its products. In an article last year, Bloomberg Businessweek looked at the collapse of a tin-mining pit on Bangka island that killed a number of miners in a landslide --one-third of the world's tin production comes from the area.

In recent years, Apple has stepped up its examinations of suppliers, issuing yearly Supplier Responsibility Reports and in 2013 fired one of its Chinese suppliers for child labor violations.

Translation: Apple has found a way to convert the decimation of the environment (ever seen a smelter?) and the exploitation of starving children for the production of disposable sparklies (for the temporary amusement of the first world, natch) into free advertising about how incredibly socially responsible they are.

lol please go home and burn your house down. everything in there was built off of starving children and/or exploitation of natural resources.
Score: 13 Votes (Like | Disagree)

Harrycooke
Who cares why they're doing it? They are still making an effort to responsible sourcing and that's what matters.
Score: 7 Votes (Like | Disagree)

nagromme
I know how this story goes...

2. Apple publicly announces problem of their own volition, along with specific plans to solve it.

3. Apple follows up publicly on how those plans have progressed.

4. Apple competitors have the same problem, but ignore it, cover it up, or make vague statements not backed up by action.

5. Greenpeace or other group misguidedly places blame on Apple while giving the competitors a free pass. (The Apple name is good for headlines.) This in turn gives honest environmentalists and human rights activists, working for vital causes, a bad name (thus hurting the very cause they intend to support).

6. Media and bloggers bash Apple for causing the problem and call for a boycott (which would only drive business to the competitors who encourage the problem).

7. Everyone is falsely led to believe that Apple only acted after public outcry. (And that other companies never had the problem at all.)

8. Apple gets little credit from the media and bloggers for actually being the one to step up and spend money, in the full light of public disclosure, to improve something important.

9. Astroturfers have a new talking point for the week.

10. Issue is forgotten. Apple continues to improve it anyway. Competitors keep on as always.
Score: 6 Votes (Like | Disagree)

lol please go home and burn your house down. everything in there was built off of starving children and/or exploitation of natural resources.

All exploitation and environmental destruction is therefore inherently ethical.

Thank you for clarifying. 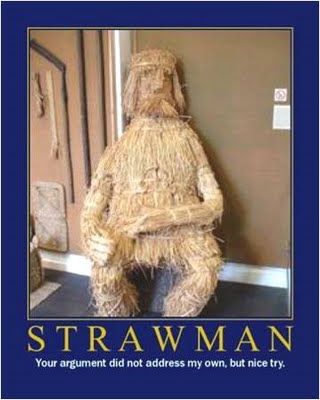 hrl
I'm from Bangka island. There are definately a lot of illegal minings. The gov seems do not care much about the destruction of local habitats and the increasingly bad water quality. You can see how the mining industry has destroyed much of the island when you are flying into Bangka.

There is a law that states that you cannot clean the tin on land, so they wash the tin on the sea, near the beach.

You can find this trend not only in Bangka but all over Indonesia.
Score: 3 Votes (Like | Disagree)
Read All Comments