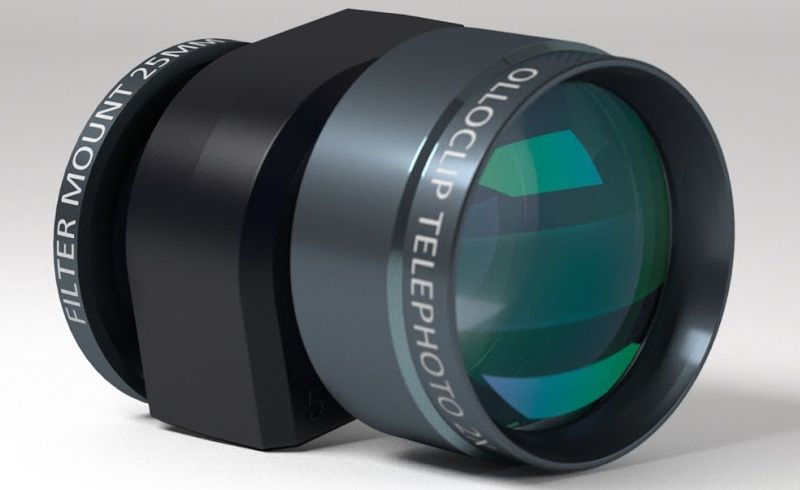 DP Review has posted a photo with the lens, showing the magnification in action:

The upcoming telephoto lens will be released in July and will retail for approximately $100. olloclip's existing lenses (including fisheye, wide-angle, and macro) can be purchased for $69.99.

SoAnyway
Interesting but I'll stick to my DSLR for this stuff.
Rating: 5 Votes

ValSalva
Just in time for the Chicago Sun-Times reporter/photographers :rolleyes:

But seriously, I'll bet they will be packing these.
Rating: 2 Votes

Do these mess up the quality of the picture, and are they worth it?


I haven't used the telephoto, but with the three-in-one kit the lenses don't cause any problems with picture quality. In fact, the macro lens churns out really impressive photos and the fisheye does too, but that has intended distortion.

I'm guessing that the telephoto lens will capture some impressive images since it also comes with the polarizing filter to cut down on glare/reflections and capture better sky pictures. Is it worth $99? I guess that would depend on your interest in iPhone photography.
Rating: 2 Votes 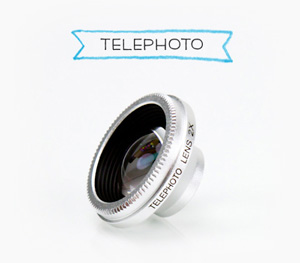 Why would I buy this 2x Telephoto lens from Olloclip for $100 when PhotoJoJo.com (http://photojojo.com/store/awesomeness/cell-phone-lenses/) offers virtually the same thing for only $20?! :confused:

As much as I do like using the original Olloclip I'll pass on this particular product from them. Now, if they decide to introduce a worthwhile 3x telephoto down the road, maybe I'd reconsider.
Rating: 1 Votes

If you're going to carry something extra, just make it an actual camera that can take GOOD pictures (especially indoors, low light, at night).

iPhones are OK cameras, mostly because you always have it with you, but to remember to take this lens along... just go for the real camera. I almost always carry a small snapshot camera with me, using my iPhone camera for quick facebook updates, and the snapshot for pictures I can keep. Comparing the two is a world of difference.
Rating: 1 Votes

too many people trying to make money from iPhone

Which is a good thing. It means the iPhone created an industry employing millions of people from app developers (who actually make good money from their apps, unlike on other platforms) to accessory makers (who can make accessories that work with one or two device designs which dominate the market, as opposed to dozens of different devices spread thin over the market à la Samsung).
Rating: 1 Votes

sparkso
too many people trying to make money from iPhone
Rating: 1 Votes

...The telephoto lens, which comes equipped with a circular polarizing filter, is constructed of glass and doubles the magnification of the iPhone lens.


At MWSF in February I urged the fellas at the booth to add a CP to their accessory kit. I got a sort of wink and a nod, which i guess this article explains. A couple thoughts:

1) I think the CP could account for at most $30 of the value of this kit, considering the $69 cost of the existing macro/wide/fisheye package.

2) If that's reasonable, then the $70 I'd allocate for the 2x tele seems steep, as others have opined.

3) It's very good they provide an adapter ring, as I understand it, so the CP will work with the existing lenses. Its value on the macro seems minimal, but hey...

4) It's a shame Ollo (and the Schneider Optics tele just announced) are limited to 2x. I'd think a 3x would have much more value and usefulness. There are probably optical limitations that prevent that.

5) I wish Olloclip would devise a better "kit" to hold the kit. The velvet bag suffices, is I think the best that can be said of it; it doesn't even include quick-release clamp on the bag ties, something that could probably be added for a dime in production costs but prevent the occasions when a lens cap or the whole device slips out of the bag and into my pocket. Schneider's handle-in-a-case shows a better solution can be devised. (I like the handle concept, but probably wouldn't use it because i don't want to be limited to a specific case--or any case at all).

Having said all that, the Olloclip is the ONLY iPhone attachment i keep with me at all times. It's almost unnoticeable in my pocket. I use the wide angle most often, macro second most, but the fisheye on occasion too. "Your use may vary". At any rate, I'm damn glad I have it, and will probably--reluctantly--add the new lens and CP to my gear. Maybe they'll have a new packaging arrangement to conveniently hold all the lenses.

EDIT:
1) When's this going to be available? Has anyone seen details: for example, what's the bulk of the tele/CP package compared to the wide/macro/fisheye set? It sounds like at a minimum it'll double the volume of the hardware. I could find no info on Ollo's website regarding this hardware.

2) Despite my objections to cases generally, Ollo's case does make some sense, as it adds functionality. I'd like to see a nice package price for the new tele/CP with the case. And (to beat the horse) maybe a better way of packaging for those of us who will choose to carry both kits. The mounting bracket should be packaged (in both senses of the word--pricing, and compactness) with a small tripod, as i think 90% of people using the bracket will use it in conjunction with a mount)
Rating: 1 Votes

.....The upcoming telephoto lens will be released in July and will retail for approximately $100. olloclip's existing lenses (including fisheye, wide-angle, and macro) can be purchased (https://www.olloclip.com/order) for $69.99.


That seems like a bit steep, but I'm sure they'll sell a few.
Rating: 1 Votes
[ Read All Comments ]