Simulator Provides Early Look at iOS 7 on the iPad

Apple has yet to release iOS 7 for the iPad and aside from a small picture on the iOS 7 site, there has been little indication of what the operating system will look like on the larger screen of the tablet.

German site Apfelpage.de [Google Translation] has posted some photos obtained via an iOS 7 iPad simulator in Xcode 5, which demonstrate how several stock apps will look on an iPad running the new OS. 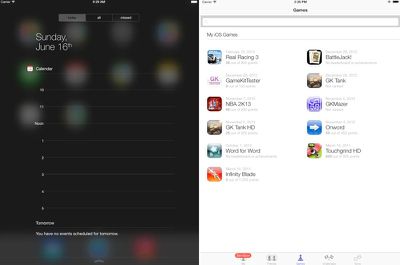 Calendar and Game Center
Unsurprisingly, iOS 7 on the iPad looks much like it does on the iPhone. Maps has slightly more screen real estate to work with and the Control Center isn’t quite as obtrusive. As this is a simulated version of iOS 7 on the iPad, the actual version could look different.

Control Center and Maps
It is unclear when Apple plans to release iOS 7 on the iPad for developers, but it will likely come within the next few weeks. The full version of the new operating system is expected to debut in the fall, and in the meantime, Apfelpage.de has several more examples of iOS 7 apps running on the iPad. Australian writer Sonny Dickson, who provided the screenshots, also has additional images that can be found on his Twitter stream.

Smiles77
Guys, if you read the instructions they give to do it, they're just copying over the default settings from the iPad under iOS 6 and emulating it with the iPhone's iOS 7 resources.

In other words, this is not the iPad with iOS 7. It's the iPad with the iPhone interface stretched across the frame. This is why the flashlight toggle is there too.
Score: 24 Votes (Like | Disagree)

Cue 537285328790 whiney posts about the icons and how everyone is a better designer than Apple folks :p

This is NOT a good rumor, and will just enrage more idiots.


So everyone daring to voice an opinion different from glorifying the iOS7 design is a whiner and idiot?!

burnout8488
Ooh! Maybe the 5th gen iPad and/or 2nd gen Mini will have a flash :-) The button looks legit enough for it to be a possibility.
Score: 9 Votes (Like | Disagree)

Look's much better on the ipad

tommyminahan
Please move this to Page 2.

This is NOT a good rumor, and will just enrage more idiots.
Score: 8 Votes (Like | Disagree)

jonathan.c
Hmm where have I seen this before? Oh yeah. 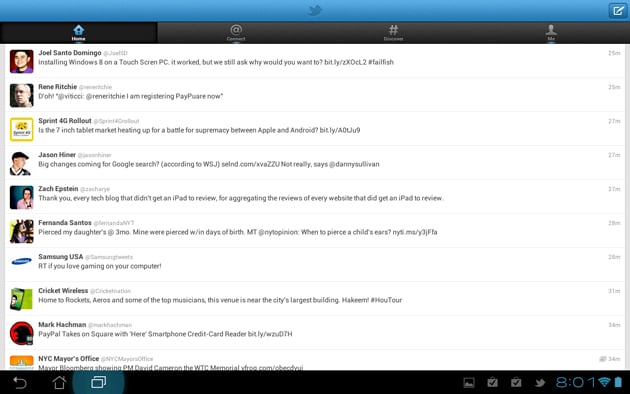