In a Manhattan courtroom this morning, the U.S. Department of Justice presented its opening arguments in USA v Apple Inc, the antitrust e-book price fixing trial. The DoJ filed suit last April and Apple has consistently defended itself and has said the accusations are "simply not true".

According to AllThingsD, Justice Department attorney Lawrence Buterman presented the government's case this morning, using a slideshow filled with email and phone record evidence that the government says shows Apple colluded with book publishers to drive up the cost of e-books ahead of the launch of the iBookstore.

For its part, Apple's lead attorney claims the company was using the same strategies that worked when the company was building the iTunes Music Store to get contracts with the major book publishers. From Apple 2.0:


Apple's opening statement […] tried to pull the rug out from under everything the DOJ had just presented. [Apple SVP Eddy] Cue, Snyder claims, was just trying to break into a crowded e-book market (one dominated by Amazon) using precisely the same approach he used when he got the company into the music market with iTunes and the applications market with the App Store. Those innovation poured billions of dollars into the U.S. economy, he said. "Apple should be applauded, not condemned."

Eddy Cue -- Apple's senior vice president for Internet Software and Services, and one of its chief negotiators -- sits squarely at the middle of the DoJ's case and was responsible for much of the email and phone traffic mentioned in the government's opening argument. He is expected to take the stand on June 13th.

The Department of Justice has settled with all of the book publishers initially accused, while Apple remains the main target of the suit. 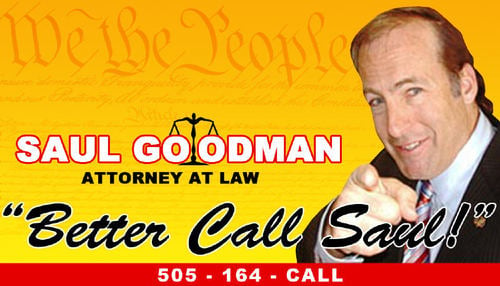 We should know now that price fixing is only ok when Amazon is doing it in order to run competitors out of business.


Except that isn't what Amazon is doing. Amazon is selling at low/no/negative profit margins, they're hoping to make it up in volume. That isn't price fixing, the publishers still get the wholesale price of their books, Amazon sets the retail price, which is many cases is below what they bought them for from the publishers.

Now I'm not saying that what Amazon is doing is great for competitors, but it isn't illegal unlike what the publishers and Apple are accused of doing.

Amazon could be accused of abuse of monopoly power in the market hurting their competitors, but that isn't what this case is about.

For this case and this case only Amazon didn't do anything *legally* wrong, Apple probably did.
Score: 12 Votes (Like | Disagree)

This lawsuit is ridiculous. Must be funded by Amazon.

Amazon should be the one sued, not Apple.


I like how you call the lawsuit ridiculous, then make a wildly unfounded assertion as to how the suit has been funded.

The free market should dictate prices. Prices shouldn't be artificially inflated simply because the laws of supply and demand are no longer working in your favour.
Score: 9 Votes (Like | Disagree)

Except that isn't what Amazon is doing. Amazon is selling at low/no/negative profit margins, they're hoping to make it up in volume. That isn't price fixing, the publishers still get the wholesale price of their books, Amazon sets the retail price, which is many cases is below what they bought them for from the publishers.

Now I'm not saying that what Amazon is doing is great for competitors, but it isn't illegal unlike what the publishers and Apple are accused of doing.

Amazon could be accused of abuse of monopoly power in the market hurting their competitors, but that isn't what this case is about.

For this case and this case only Amazon didn't do anything *legally* wrong, Apple probably did.


Amazon loses money on ebooks... This is why big corporations win, they can play chicken longer...

Amazon buys books at 10 dollars sells a 9,99 (they lose 1 cent), how can they make ANY profit from volume sales ?
They don't and since not that many companies can keep up with losing money (don't forget the cost of running the business itself, not just the buying/selling the merchandise) they just end up running the competition to the ground...

Go ask your tiny bookshops around the corner.
Score: 9 Votes (Like | Disagree)

bbeagle
This lawsuit is ridiculous. Must be funded by Amazon.

Amazon should be the one sued, not Apple.
Score: 9 Votes (Like | Disagree)

Whatever happened to free choice?

Consumers who don't like Apple pricing, can go to Amazon. Its that simple!

If you knew anything about this issue you would not be asking such a question. :rolleyes:

It has nothing to do with what Apple and Amazon charge for ebook, in simple terms. It is about why Apple and Amazon [have to] now charge extra for ebooks. It is regarding the [forced] change in business model with publishers supposedly changed by Apple under Steve Job's.

It's not that simple, Steve said so therefore it must be true.... Right?
Score: 7 Votes (Like | Disagree)
Read All Comments