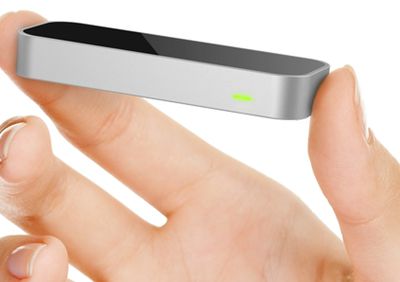 The public release of the Leap Motion controller has been delayed until July because the company feels it needs a longer beta test, reports TechCrunch. Best Buy has sent notifications to customers who preordered the device, and Leap today said the device will ship July 22th.

Leap Motion's controller is a touch-free device that allows users to control their computers via hand gestures in three dimensions. It works in conjunction with the Leap Motion software, and development units have been sent to 10,000 developers around the world.

Leap Motion says it wants to make sure that the product they deliver is the best they can offer, and says that there is “nothing catastrophically wrong” with the hardware as of yet. The company believes that it could have shipped by the original date if it had really pushed things, but wanted to make sure that things were ready for prime time. The new July 22 ship date is firmly set, according to [Leap Motion CEO Michael] Buckwald, and this is “the first and only delay there will be.”

The Leap Motion controller is currently available for pre-order from the website for $79.99. At the moment, however, the Leap Motion website still says it will ship on May 13th.

This is definitely not the first delay of the leap. When I preordered it towards the end of last year I was told it would ship in either December or early January. Then it was pushed back to the May date, and now July... Its getting to the point where I feel like its never coming. My initial excitement about the whole thing is long gone
Score: 2 Votes (Like | Disagree)

MRU
Oh for pity's sake, I pre-ordered this at the end of June last year. 13 months is unbelievable ...... Hope they throw in some decent goodies for those of us that pre-ordered so far back.
Score: 2 Votes (Like | Disagree)

Its only the second delay. But Yes, they should have a better handle on development.

The delays are probably good as I suspect the early units really sucked.


We're on the Leap dev program and have been playing around with an early device for a few months now.

All I'd say is that it's remarkably accurate and that weird feeling of it being 'magic' in some way is quite uncanny! There's definitely no need for any upgrade to the hardware as far as I can see.

We threw in Leap support for an HTML5 test-game (http://www.flashvhtml.com/leap/) we made and not only was it ridiculously easy to implement, but it actually makes the game more fun.

I definitely don't think it's as gimmicky as the Kinect and can imagine some amazingly creative applications both for entertainment and certain workflows.

The delay is a pain, but I'd certainly stick with it, the thing's rad!
Score: 1 Votes (Like | Disagree)

You should be able to let it function like a mouse on most basic level, but obviously the more time developers integrate it into apps the more things it'll be able to do.

Bing able to grab an image in photoshop and pinch the air to zoom or control / move it around etc.


BetterTouchTools as already started adding support for LeapMotion. So that will add even more usability within the OS and with other Apps.
Score: 1 Votes (Like | Disagree)
Read All Comments