Thursday March 28, 2013 11:16 am PDT by Jordan Golson
Callet World is suing case-maker Hex over that company's Solo Wallet iPhone case and credit card holder. Callet alleges Hex's case is a direct copy of a case design that Callet holds a design patent for. 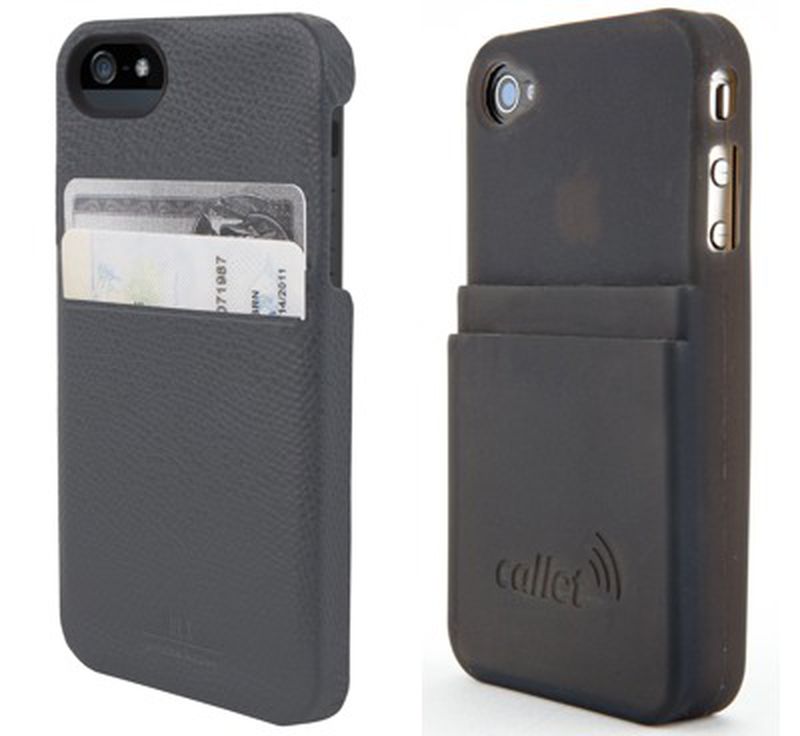 Left: Hex Solo Wallet for iPhone 5, Right: Callet for iPhone 4
Callet has sued both Hex and Apple in U.S. District Court for the Southern District of New York for violating a design patent of Callet's design of a iPhone case and credit card holder. The company accuses Hex of manufacturing the infringing design, and Apple for selling it. Apple does not carry the Callet in its stores.

Callet is asking the court for a judgement that the defendants have willfully infringed on the patent, an order enjoining them from continuing to infringe on it, and a judgment award to compensate Callet for financial damages.

It appears that Callet's claim is primarily with Hex and that Apple is being targeted here because it has deep corporate pockets. Like many major corporations, Apple is sued numerous times each year over a wide variety of matters.

MacRumors has uploaded the full initial filing on Scribd.

mr.steevo
They are completely different. One has cards in it.
Rating: 27 Votes

prowlmedia
Seriously!? This is not front page news.

skorpien
I think they're horrible ideas. The last thing I need is for somebody to jack my phone AND my credit cards in one fell swoop. Not to mention, hold one of those up to your ear to talk and you make yourself a bigger target to thieves.
Rating: 11 Votes

SockRolid
You're a case maker.
Your life will be hard, then you will die.
Deal with it.
Rating: 10 Votes

AT06
I'm becoming a patent lawyer with all these lawsuits going on
Rating: 10 Votes

What a stupid design.
Rating: 10 Votes

i'll let you all decide which is which.
Rating: 9 Votes

Seriously!? This is not front page news.