For the second time in a week, China's state-run press has published an article criticizing Apple over allegations that Apple's warranty in that country is significantly worse than in other countries, reports The Wall Street Journal. Apple had previously claimed the warranty it offers in China is nearly identical to that offered in other countries.

Previously, a number of Chinese celebrities criticized Apple on microblogging site Sina Weibo -- however, it is alleged that the messages were paid for and part of a coordinated attempt to stir up an anti-Apple backlash amongst the Chinese public. 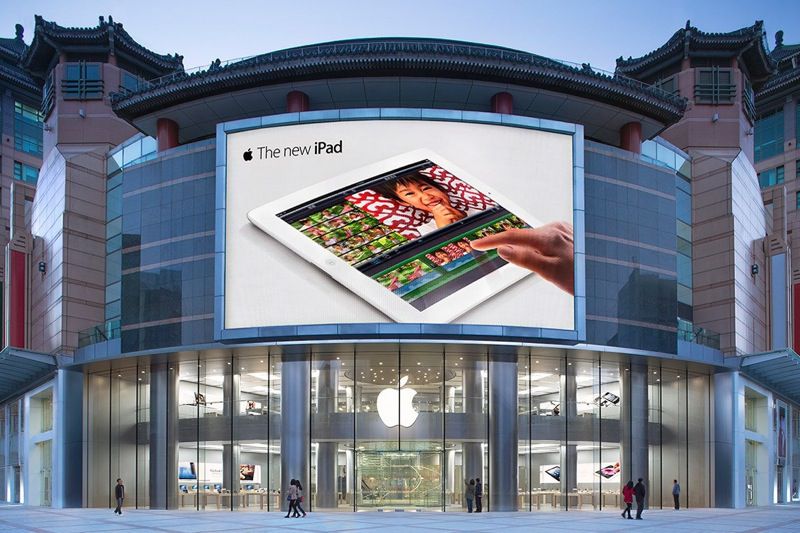 Today's article, published in The People's Daily newspaper, criticized Apple for declining journalists' requests for interviews, and called a press release the company issued "empty and self-praising". For years, Apple has been extremely selective when it comes to granting interviews.

Though it can be difficult to predict government behavior based on news coverage in China's state-run media, analysts said the string of attacks suggested that the government is considering doing more to encourage the growth of domestic smartphone companies and eat away at dominant foreign companies, such as Apple.

The criticism means "that in establishment circles, there is a level of acceptance that it is OK to go against this company, which can mean there's trouble down the road," said Jeremy Goldkorn, director of Danwei.org, which researches Chinese media.

The incidents reflect more on a changing Chinese approach to foreign companies, rather than some specific reflection on Apple itself. China is Apple's second largest market after the U.S., and the company has been aggressive in expanding there.

The Chinese government has targeted other foreign companies including Volkswagen and KFC in recent months.

Note: Due to the controversial nature of this topic, the discussion thread is located in our Politics, Religion, Social Issues forum. All forum members and site visitors are welcome to read and follow the thread, but posting is limited to forum members with at least 100 posts.

jrswizzle
Man, I'm so glad I live in a country where the government doesn't run the media


:rolleyes: (THIS EMOTICON MEANS "SARCASM")..... I'm being sarcastic because the US media is anything but impartial and the 4th check it has been and is supposed to be. I'm not making a political statement either way - both are equally guilty (though it is pretty lopsided in one party's favor).
Rating: 10 Votes


Maybe you are cynical because your own government lied to you in the past. WMD ring any bells, chemical weapons that can be ready in 45 minutes from trucks. This crap was said in front of the whole world at the UN.
Rating: 3 Votes

Man, I'm so glad I live in a country where the government doesn't run the media
:rolleyes:


Yeah, it's obvious Obama has Fox News in his pocket
Rating: 3 Votes

Previously, a number of Chinese celebrities (http://www.macworld.co.uk/ipad-iphone/news/?newsid=3435622) criticized Apple on microblogging site Sina Weibo -- however, it is alleged that the messages were paid for and part of a coordinated attempt to stir up an anti-Apple backlash amongst the Chinese public.


Alleged? No. The Chinese State Run Press, the Samsung spokeperson, and many paid anti-Apple shills were caught red handed:

mcrain
Anyone want to bet whether this is a coordinated anti-Apple effort tied to the announcement that Apple would be manufacturing its products in the US again?
Rating: 3 Votes

China has changed our economy (think about how many items in your house are "Made in China" versus 10-15 years ago), and not for the better.

China likes our money, but isn't our friend. Not to sound paranoid, but people forget that communism's long range goal is to rule the world. This has been put in the back seat for many years, but it is still very much a goal of China.

Apple has changed our economy (think about how many items in your house are "Made by Apple" versus 10-15 years ago), and not for the better.

Apple likes our money, but isn't our friend. Not to sound paranoid, but people forget that commercialism's long range goal is to rule the world. This has been put in the back seat for many years, but it is still very much a goal of Apple.
Rating: 2 Votes

AppliedMicro
I cannot help finding Macrumors stance a little one-sided here. Or is it just me?

Contrary to others (http://news.cnet.com/8301-13579_3-57576144-37/apples-response-to-chinese-warranty-complaint-draws-ire/) (I, for one, cannot read the linked WSJ article without signing up, and the teaser doesn't really get to the bottom of the issue), Macrumors fail to state the very issue that's been criticized by Chinese media - while at the same time slamming "China" for its recent media coverage about Apple, insinuating some sort of government-orchestrated move to discredit Apple.


1. As CNET reports, it is alleged that Apple repairs iPhones by only swapping defective parts, instead of swapping entire units - which they do in other countries. Macworld.co.uk corroborates (http://www.macworld.co.uk/ipad-iphone/news/?newsid=3435622) this:

"The programme claimed that Apple is breaking Chinese law by not replacing damaged iPhones with a completely new model. It maintained that Apple replaces parts of the iPhone but returns it with the old phone’s back cover"

If this claim is true, if Apple really do repairs rather than full unit swaps, this means that the entire service process takes longer - for the customer. Customers have to wait longer to get their working iPhones back.


2. And, to quote Macrumor's own article here "Apple had previously claimed the warranty it offers in China is nearly identical to that offered in other countries" (emphasis mine)


I don't claim to know the truth or any details at all about their repair procedures in China. But the picture these reports paint, is at least coherent: Apple seem to not offer the same level warranty service as they do in other countries. And pointing out that the warranty is (only) "nearly identical" looks like an implicit admission to that.
Rating: 2 Votes

Battlefield Fan
And Apple can move their production to another country where they can pay .05 an hour and leave hundreds of thousands of Chinese unemployed. Their new production line in Brazil is a good start.
Rating: 2 Votes

paul4339
From CNET: "...That wasn't good enough for The People's Daily, which in a front page story earlier today (spotted by The Wall Street Journal) lambasted Apple for not responding to interview requests on the issue."

WhoDaKat
Do the Chinese public buy into this crap? I see something on CNN or any news really, and I don't believe it until I've seen multiple sources, and then I'm still cynical. If the Chinese government was in charge of my news, I'd never believe anything they ever reported. Do the Chinese public actually listen and believe what is said on state run media? I would think state run media would almost be a joke to the general population that it serves.
Rating: 2 Votes
[ Read All Comments ]