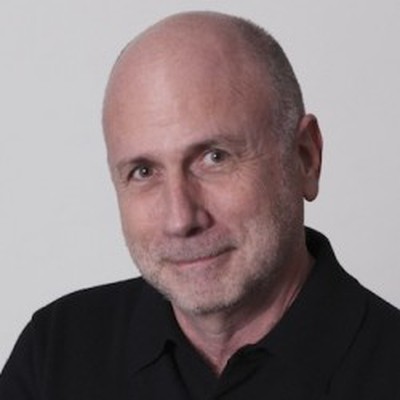 Ken Segall, the creative director behind the Think Different campaign and author of Insanely Simple, a book about his experiences of that time, has suggested Apple is losing its way in its current advertising approaches, with Samsung taking full advantage.

In a blog entry on his website, Observatory, Segall argues that Apple has stuck to its product-based ads while Samsung has been investing big-time in people-based ads and creating greater buzz than Apple.

Samsung has made remarkable inroads in a very short time, for two big reasons. First, it is spending a fortune to run its ads … more than Apple, more than HP and Dell, and even more than Coca-Cola … [Second] Samsung’s message has proven to be tremendously potent. The company continues to bash away at Apple, delivering ads that are well produced, well written and seem to be striking a nerve. In contrast to Apple, which has been sticking to its product-based ads, Samsung has been scoring points with its people-based ads — most of which play off some growing negative perceptions about Apple.

Segall had previously slammed Apple's short-lived Genius-based campaign which appeared to make its customers seem dumb. He notes now that Samsung invested in a two-minute Super Bowl ad, while Apple did nothing, and that Samsung created a new story for the Oscars while Apple ran a variation of its standard campaign approach.


Segall does, however, end on an optimistic note, expressing his faith that the "smart people" at Apple and TBWA\Chiat\Day won't "take this lying down" and will be working hard to rebound with their own advertising efforts.

AQUADock
I cringe every time I see a Samsung ad, can't they just advertise their own actual products and not bash others.
Score: 43 Votes (Like | Disagree)

3N16MA
I will take the product based ads over poor attempts at comedy using celebrities and mocking the user base in which you want to capture.
Score: 38 Votes (Like | Disagree)

It is funny how history repeats itself. Only now Apple is at the receiving end...
Score: 31 Votes (Like | Disagree)

I have to say that I just viewed that Samsung commercial and I thought that it was dumb. Too much kissing up to Tim Burton? Anyways, Apple has to make better commercials and stick to their product-based ads that show you what their iPhones or iPads CAN DO.
Score: 18 Votes (Like | Disagree)

karpich1
They also need to innovate more (or at least update)

Don't get me wrong, right now I'm using an iPhone 5. It's nice and doesn't do anything poorly. It feels solid, the battery is great, and the UI is polished. But Apple need to do more of SOMETHING... either innovate, update, or at least advertise. Because right now Android is doing more of all 3.

I used a Samsung Galaxy S3 for a few months before I had to use the iPhone 5 due to work... and wow. Apple really needs to step up their game. The Android stuff has some great UI elements in there, some nice features, and all-in-all a great phone.

I'm NOT saying Androids are better/worse than iPhones since it's so subjective. And from a physical manufacturing standpoint I think the iPhone is still better (sturdier, better battery, etc). But Google has bridged the OS gap in some places and surpassed Apple in others. Add to that they're doing more advertising

For a while, Apple was THE smart phone out there. The early Android stuff didn't really compare: the G1 was OK but lacked. The original Nexus was neat but still not there. So Apple was king.

But now... Apple needs to do more. From a UI standpoint they haven't made many huge changes since the original iPhone. The interface is still the same... a touch-screen version of some other smart phone UI's from that era. Icons that you can't just place anywhere... no movement on the screen... other neat things the Android allows apps to do.

The only major UI elements Apple added since release were really Banner-alerts and folders. Sure they upped the hardware a few times... but Retina isn't that high higher DPI than the Galaxy S3. So besides sturdy construction the only real hardware advantage the iPhone has is battery life.

And sure, to some people that's enough. The like the simple UI for various reasons. Personally, my favorite iPhone advantage is the scroll-wheel UI piece in the iPhone vs the +/- in the Android. And even with the Galaxy I didn't have Live Wallpaper enabled often.


In summary: Apple needs to do "more." Either they need to do some great UI updates, add some cool feature / apps, or they need to advertise it more. Because so long as Google is doing more in all 3... they will eventually leave Apple in the dust.
Score: 14 Votes (Like | Disagree)

It is funny how history repeats itself. Only now Apple is at the receiving end...

But people will blindly defend Apple.It's like the simple relationship a small child has with their mother. 'Somebody said something bad about mommy. They are mean.'
Score: 14 Votes (Like | Disagree)
Read All Comments