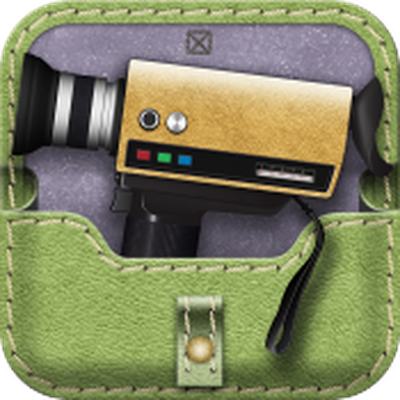 "Searching for Sugar Man" won an Academy Award for Best Documentary Feature tonight at the 85th annual Academy Awards, making it the first time a film that was partially shot with an iPhone has won the prestigious award.

Director Malik Bendjelloul said that he had run out of money while making the movie and had to film his remaining shots with his iPhone and the 8mm Vintage Camera app. The iPhone and app's performance were so impressive to Bendjelloul that he re-shot footage playing on his laptop screen with the app.

This isn't the first time directors have used iPhones to shoot films, but it's an important milestone that shows that footage shot with phones and apps are good enough to be recognized at the highest level and not distract from the overall quality of the film.


The 8mm Vintage Camera app is available in the App Store for $1.99. [Direct Link]
20 comments

Chupa Chupa
The Oscars, like most things in life, is a popularity contest at best. Rarely is it an award for true artistry. I give you Argo. Entertaining film, but best of the year?

As for the doc using the iPhone winning. The art lies within the artist, not the tool. Give an inexperienced amateur a decked out Mac Pro and every Avid plugin available. The result will still be that of an amateur.

Give a pro nothing more than an old Flip cam, & they can make rush hour traffic on the Brooklyn Bridge look interesting. Ultimately, though that is a gimmick. I dare say we won't see feature films made w/ pocket cam anytime soon. But I bet they sell a lot of that app now.

Let's hope the iPhone 5s comes with a 4K resolution camera. That's where the general trend is headed.

Hopefully 3D has run its course again and the stupidity will fade away.

Not sure where you'd store the video. You do realize how much space 4K requires. It would cripple a 16GB iPhone very quickly. I suspect will see an iPhone w/ 4K capabilities as soon as 1TB flash chips are $99.
Score: 4 Votes (Like | Disagree)

Macrolido
He did it! Great!
Score: 3 Votes (Like | Disagree)

The Oscars, like most things in life, is a popularity contest at best. Rarely is it an award for true artistry. I give you Argo. Entertaining film, but best of the year?


Crash and Shakespeare in Love come to mind as well. The Oscars are like the Grammys. It's a bunch of established fuddy-duddies patting themselves on the back while circle jerking over traditional and predictable material and ignoring films that are actual game changers.

What's funny is they are usually giving lifetime achievement awards to directors and actors past their prime after they were snubbed by the nominations and voters for decades. Then they go right back to showering praise upon undeserving and forgettable crap while blowing off the more deserving candidates. Then rinse, lather, and repeat in another 10-20 years.
Score: 1 Votes (Like | Disagree)

I know what excuse I'm going to use to people who say they would rather go with Samsung, haha
Score: 1 Votes (Like | Disagree)