iPhone battery case maker Mophie, which recently announced the first battery case for the iPhone 5, explained some of the unique actions that Apple takes to lock down its Lightning connector to the New York Times.

In order to only allow authorized connectors to connect to new iPhone and iPad models, Apple includes a serialized authentication chip in the connectors it sells to companies in its "Made For iPhone/iPod/iPad" or MFi program. If a company sells those Lightning connectors to another company, Apple can determine that it came from a particular MFi member. 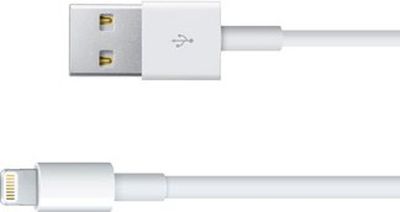 "If you took this apart and put it in another product and Apple got a hold of it, they’d be able to see it’s from Mophie’s batch of Lightning connectors," said Ross Howe, vice president of marketing for Mophie.

The chip inside the Lightning connector can be reverse engineered — copied by another company — but it probably would not work as well as one that came from Apple, Mr. Howe said. Apple could also theoretically issue software updates that would disable Lightning products that did not use its chips, he said.

iPhone accessories are a multi-million dollar business and Apple wants to ensure that users have the best experience possible by only allowing approved third-party accessories to be used with new iOS devices. This strategy has the side-effect of making accessories more expensive because companies are required to pay a licensing fee to Apple to be part of the MFi program. Some companies, like Monoprice and Amazon, offer cheaper connectors that are approved by Apple.

baryon
DRM, meet the most basic, necessary and simple (well, not any more) thing: the cable.

If you want more fancy features like docks and cars, THEN use the expensive cable. They could make 2 cables, one which is only for charging and syncing and pretty much perfect for almost everyone, and one special, expensive one for the few people who want fancy features.

For 99% of people, all they want is to charge their device and sync a few songs onto it every once in a while. What's the big deal??

It's like forcing everyone to buy a car when all they need is a bike.
Score: 23 Votes (Like | Disagree)

iPhone accessories are a multi-million dollar business and Apple wants to ensure that users have the best experience possible by only allowing approved third-party accessories to be used with new iOS devices. This strategy has the side-effect of making accessories more expensive because companies are required to pay a licensing fee to Apple to be part of the MFi program.

Can we stop with the conjecture/editorial opinion being reported as fact? To my knowledge, Apple has never publicly discussed why it's gone down this strict path with Lightning accessories. People who are more skeptical and less doe-eyed than author Jordan Golson apparently is would think that, even if end user experience was important to Apple, the increased licensing revenue from maintaining such tight control is not a "side-effect" but a primary motive for Apple (after all, if Apple was only concerned with making sure devices work well together, it doesn't have to charge a licensing fee at all, it can just test and reject poor products). I happen to believe that revenue is a big reason for Apple's approach to Lightning licensing - as is quality control - but I also know that's conjecture on my part - I don't try to pretend I've read Tim Cook's mind.

More broadly, Jordan Golson has a habit of writing his own opinions as fact in many of his writeups. It's irritating, it makes Macrumors more a fanboy Apple cheerleading site than an operation run by folks who have a respect for Apple but also willing to call a spade a spade when it needs to. If Golson insists on adding his personal opinion to a story, he should use the word "may" - "Apple may want to ensure that users have the best experience possible by only allowing approved third-party accessories to be used with new iOS devices." It would still be debatable but at least it would be clearer that it's the author's opinion and not a well-known fact that everyone accepts is true. See how easy it is?

Apple has never said that's the reason, this is the author's own spin/opinion/editorial that he passes off as if it's a fact. The responsibility for this nonsense lies with Macrumors, not Apple.
Score: 20 Votes (Like | Disagree)

The Phazer
The best experience would have been without the six month gap with no accessories (and still no docks, massively high prices and few battery backs).

Apple's attempt to fleece this market has harmed customers.
Score: 17 Votes (Like | Disagree)

chuckd83
"iPhone accessories are a multi-million dollar business and Apple wants to ensure that users have the best experience possible by only allowing approved third-party accessories to be used with new iOS devices."

Somehow the phrase before the conjunction makes more sense than the one after.
Score: 15 Votes (Like | Disagree)

inscrewtable
I'm with Apple all the way on this one. The lightning cable is s auperb bit of engineering and with something as lithe as an ipod touch 5G it required a plug of this sophistication to be invented.

And by golly that's what Apple did and it is not an area that users would want to try and haggle over a few dollars. Besides that, they are allowing authorised people to make them cheaper anyway.

To complain about this is churlish in the extreme. And also a bit sad.
Score: 14 Votes (Like | Disagree)

clunker
and you wonder why apple dropped off the most respected company perch. their insincerity has bubbled up to the surface....
http://www.telegraph.co.uk/technology/amazon/9868018/Amazon-beats-Apple-and-Google-to-be-most-respected-company-in-the-US-report-says.html
Score: 13 Votes (Like | Disagree)
Read All Comments