Facebook is rolling out its new Photo Sync feature to its iOS users that automatically uploads all photos taken on the iPhone to a private photo album on Facebook. The idea is to make it easier and faster for users to share photos with their friends. 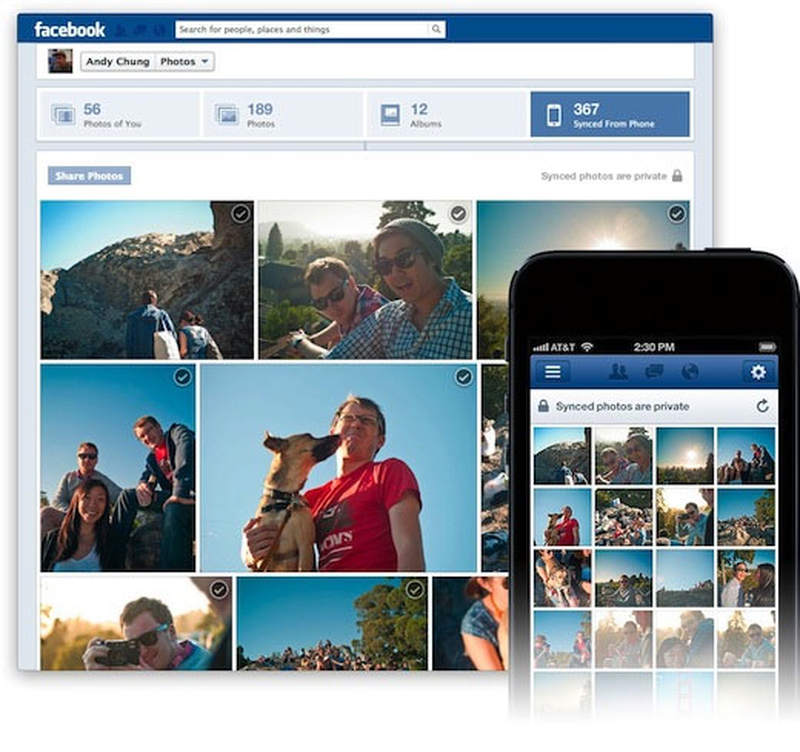 When you turn on photo syncing, your mobile photos will be saved to a private section of your Facebook Photos. You can easily share your synced photos on your timeline from desktop, mobile, or another device.

Only you can see the photos you’ve synced from your phone. Your photos are saved privately in a section of your Facebook Photos that only you can see. When you view your synced photos, you can choose shots to share or send in a private message.

Facebook's support site has much more about Photo Sync. Facebook is using background uploads within the Facebook iOS app to move the photos, not anything special with location APIs or Apple's iOS 6 Facebook integration.

The app is very clear that all photos uploaded automatically are marked as private and cannot be viewed by others until specifically shared by the user. Users get 2 GB of complimentary photo storage.

Whatsit
Wow, no. For people who are 100% confident that they will never have an embarrassing photo of themselves or any of their friends on their phone, this sounds like a great option.

I am not one of those people.

The app is very clear that all photos uploaded automatically are marked as private and cannot be viewed by others until [s]specifically shared by the user[/s] Facebook "inadvertently" makes them all public.


Fixed that for you, macrumors bot. :D
Rating: 12 Votes

pauliaK
Pointless and may end up being very harmfull. No thanks.
Rating: 6 Votes

The average user will see this as a huge convenience; especially the people who just upload everything to the internet anyways

cowbellallen
Facebook says they own the copyright to all images uploaded to their servers, and that they can share those images with third parties if they ever wanted to.

Mad Mac Maniac
Cue the all the "Oh no the sky is falling, facebook is evil, and who would ever want that?!" comments...
Rating: 5 Votes

Google+ has had this feature for quite awhile now. All pictures are uploaded to a private album. Way to be a follower, facebook.


Nominated for "Ironic Post of the Week."
Rating: 3 Votes
[ Read All Comments ]