Back in June, Apple announced that it was working with car manufacturers on a new "Eyes Free" mode for Siri that would integrate with voice command buttons found in an increasing number of car models to allow users to interact with Siri without needing to look at their devices' screens. As part of his iOS 6 presentation at the company's Worldwide Developers Conference, Scott Forstall displayed a slide showing that Apple was working with BMW, GM, Mercedes, Land Rover, Jaguar, Audi, Toyota, Chrysler, and Honda on the initiative. 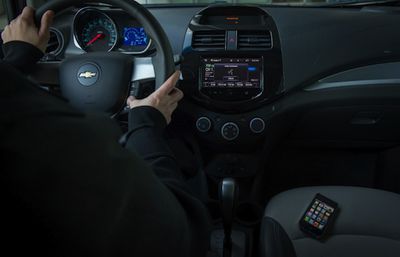 GM reportedly confirmed soon after that it would be bringing Eyes Free Siri to the Chevrolet Spark and Sonic within the following 12 months, and the company today announced more details on that integration. The announcement notes that Siri will be included as part of the MyLink system on several Spark and Sonic models beginning in early 2013.

In the Spark and Sonic RS, owners can use Siri in Eyes Free mode to:

- Make voice-activated, hands-free calls to Contacts on their iPhone
- Play songs in the iTunes library, and even switch music sources automatically from AM/FM/XM radio to iPod mode
- Listen to, and compose and send an iMessage or text message to a phone number or anyone in saved Contacts
- Access Calendar and add appointments
- Minimize distraction even more by keeping the screen of the iPhone from lighting up, even when Siri answers simple questions such as game scores or the dates of national holidays
- While in Eyes Free mode, Siri will not provide answers to complex questions that require displaying a web page.

Confuzzzed
When will it come in decent cars though?
Score: 7 Votes (Like | Disagree)

iapplelove
I actually find Siri to be most useful in a car.she works through BT just fine but seems like its only going to get better.
Score: 7 Votes (Like | Disagree)

If only Apple would create/enable a remote that I could be use with my iPhone then it could be easily attached to my steering wheel like this then all cars could have eyes free Siri, too. 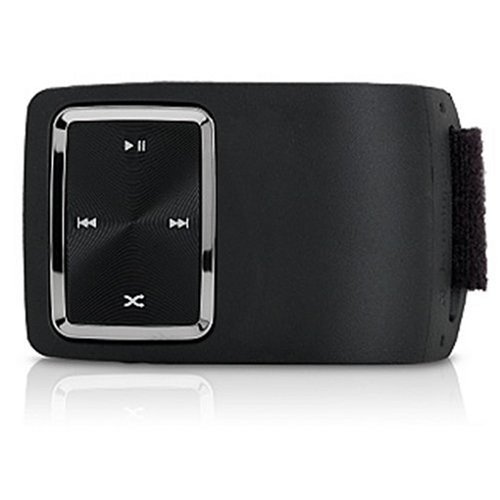 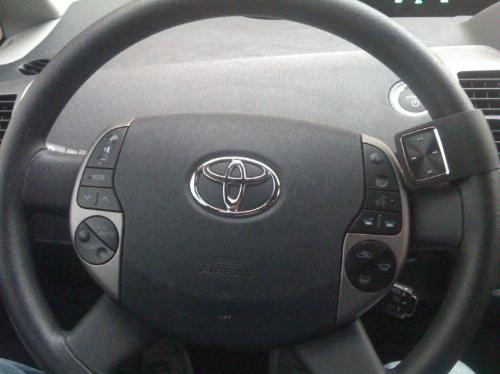 ** edit. For those asking what this is called. There are 2 models. I think these have been discontinued, but you can find them outside of amazon if you google the name a bit. I prefer the auxilary version over the bluetooth version. It works great even for non ipod music apps like Mog (which is what I use) for example.

So, my Toyota Corolla is an 'Apple car' otherwise I wouldn't have bought it?

The Spark is too small a car for me, but the Sonic looks like a nice replacement car for my Corolla if it works better with my iPhone.


You know youre a fanboy if you replace your car so it works better with your iphone. LMAO
Score: 4 Votes (Like | Disagree)

Why in the world would Ford not get with the program? Common Ford, you need to be more Apple like :D

Ford have Ford SYNC, which is pretty impressive!