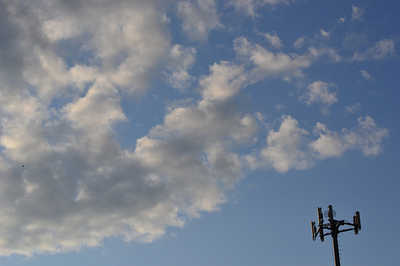 AT&T says it is investing $14 billion to expand its wireless and wireline IP broadband networks in order to accommodate future growth in high-speed Internet connectivity.

T-Mobile customers can now experience these improvements in:

Radio
Yes makes sense they are doing something positive for all the money we pay.

We need the government to step in and stop the price gouging
Score: 8 Votes (Like | Disagree)

joueboy
AT&T will spend the $10 billion in advertising, the remaining $4 billion is for actual improvements. Thanks AT&T!
Score: 5 Votes (Like | Disagree)

ytk
Is that a picture of the cloud?
Score: 5 Votes (Like | Disagree)

lshaner
Too late, AT&T! I already switched to Verizon because for more than 10 years I have had no AT&T signal at my house and you never cared enough to do anything about it!
Score: 4 Votes (Like | Disagree)

Here's to ATT bringing back true unlimited, unthrottled data to us loyal customers with grandfathered plans

Stridder44
I'll believe it when I see it.
Score: 3 Votes (Like | Disagree)
Read All Comments

Wednesday August 17, 2022 9:51 am PDT by Juli Clover
Apple is aiming to hold its first fall event on Wednesday, September 7, reports Bloomberg's Mark Gurman. The event will focus on the iPhone 14 models and the Apple Watch Series 8. The standard iPhone 14 models are expected to get few changes, but the iPhone 14 Pro models will include updated camera technology, the removal of the notch in favor of a pill-shaped and hole-punch cutout, an A16...
Read Full Article • 213 comments