The embargo has just lifted on the first iPad Mini reviews. Apple has provided some publications with an early review unit of the iPad Mini. We are collecting some of the more interesting points from each review, but you can click each title to read the full writeup. The iPad Mini will officially launch on November 2nd and will likely be available in retail stores beginning at 8am. 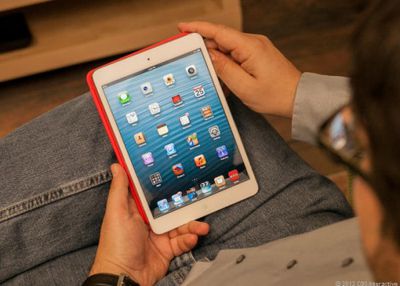 - "What's unique about the Mini? Without a doubt, it's the design. It's cute, it's discreet, and it's very, very light."
- "If you're an obsessive over crisp text, you'll notice the fuzziness. If you're comparing the Mini to a laptop, you won't."
- "A Retina Display and a lower price would have made the iPad Mini perfect."
- "it's really shockingly nice to hold."
- Regrading smaller bezel: "All I know is that when reading books on the Kindle app or iBooks, holding on the side wasn't a problem."

- "I actually had a little trouble holding onto the device when I wasn't using the Smart Cover due to the back being as smooth as it is, and the frame being so thin."
- "There's something endearing about the mini that makes you want to keep it on-hand and use it often."
- "I don't think the lower resolution is a deal-breaker in this product, but it is a compromise you have to be aware of."
- "Battery life was — not surprisingly — everything Apple claimed it would be."
- "The iPad mini hasn't wrapped up the "cheapest tablet" market by any stretch of the imagination. But the "best small tablet" market? Consider it captured."

- "Overall, the tablet is very comfortable to hold; its thinness and lightness are both attributes that must be perceived first-hand."
- "Colors are very pleasing to the eye and viewing angles, as ever with an Apple display, do not disappoint."
- "In our standard battery run-down test, which entails looping a video with WiFi enabled and a fixed display brightness, the iPad mini managed an astounding 12 hours and 43 minutes."
- "This is, in many ways, Apple's best tablet yet, an incredibly thin, remarkably light, obviously well-constructed device that offers phenomenal battery life. "
- "To consider it just a cheap, tiny iPad is a disservice. This is, simply, a great tablet."

- "Lining those pluses and minuses up against those for the Nexus 7 – which garnered four stars – there's no doubt that this is indeed a five-star device. The 20% difference in comparative price is more than made up by the difference in build quality and software selection."

- "What I found was surprising to me. I actually used the iPad mini more than my iPad."
- "If you want to save $50 and buy a cheap-ass tablet, go ahead. If you want quality the iPad mini will be waiting for you when you come to your senses."
- "Everything just works on the mini — all of your old apps, iCloud, everything."

Wow some biased reviews. I guess some don't want to be band from Apple events or want Apple to mention them in the key note. Point blank its a nicer design but specs wise and no retina is a rip off.


So where can we find your write up from your hands on with an actual device? I mean, you have used one to be so sure, right?
Score: 35 Votes (Like | Disagree)

tech4all
Seems like a decent product. But simply just overpriced. Even more now that you can get a 32GB Nexus 7 for $249. I know some people prefer iOS, but damn paying $80 more and for half the storage. The only thing you gain is a rear camera.

To each his own I suppose.

call me crazy but the iPad mini doesn't exist in my world. 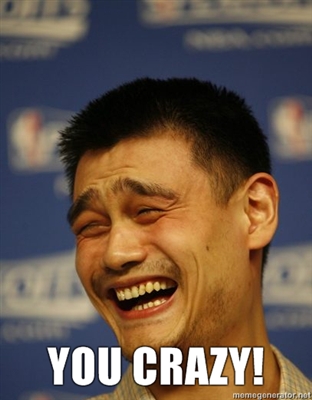 marc11
Headline should read "We found all the best comments about the mini and posted them here"....
Score: 28 Votes (Like | Disagree)

penajmz
Anyone who doesn't care for one that's fine. You don't HAVE to buy everything Apple makes. What I don't understand is the need to come to this site and post that you don't want one. Anyways....

I for one cannot wait for mine to be delivered Friday.
Score: 26 Votes (Like | Disagree)

TC400
call me crazy but the iPad mini doesn't exist in my world.
Score: 23 Votes (Like | Disagree)
Read All Comments