Apple today announced opening weekend sales of the iPhone 5 topped five million units, exceeding the four million iPhone 4S units sold during that device's debut weekend last year. The number follows the company's earlier announcement that it had taken over two million pre-orders for the device in the first 24 hours of availability. Apple also announced today that over 100 million devices have been upgraded to iOS 6.

“Demand for iPhone 5 has been incredible and we are working hard to get an iPhone 5 into the hands of every customer who wants one as quickly as possible,” said Tim Cook, Apple’s CEO. “While we have sold out of our initial supply, stores continue to receive iPhone 5 shipments regularly and customers can continue to order online and receive an estimated delivery date. We appreciate everyone’s patience and are working hard to build enough iPhone 5s for everyone.” 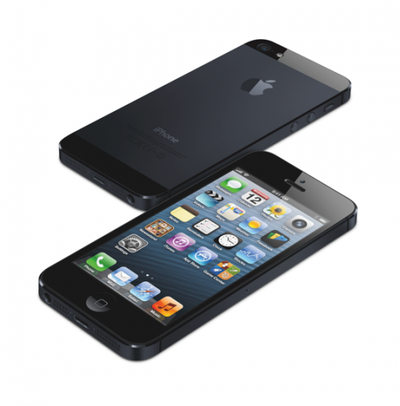 The iPhone 5 launched in nine countries last Friday, and will be debuting in 22 more countries this Friday, September 29.

blizaine
I need to become an analyst. I would be super good at randomly making up numbers.
Score: 18 Votes (Like | Disagree)

jonnysods
Analysts are funny. 6 million would be worst case, so 5 million units is a fail?
Score: 14 Votes (Like | Disagree)

You mean like the majority of Macrumors users now? :rolleyes:

The only sad thing is that the Apple fanboys that populate this site now are completely unable to see that they are exactly the same as the fanboys which populate any other site.

There was a time when I would show my Apple colors with pride, but these days it's like wearing an MTV t-shirt.


I love fanboys. I really do. I can see nothing wrong with someone liking something too much. Sure, the crazier fanboys may be deluded but who are they hurting?

That's why I will always back the fanboys in any argument with the troll or troll like flamebaiters. I don't care if the trolls are right because they're joyless gits who seem to enjoy ruining other people's fun.

Look at it this way, there are many popular artists who I don't like but I don't go and stand outside their concerts and make fun of their fans. If they're having fun and not hurting anyone then I say good for them. Similarly there are some Apple fans who are deluded or who lack a sense of proportion but why should that matter? I don't go to Blackberry fansites and take the piss out of them because of the plastic keyboards and falling sales. I don't try to make Nokia fans feel bad for their preferred brand's lack of recent success. Why would I?

I think this is where the original poster who brought up GSMArena was going with his post - it isn't that they are big Android fans but rather that they spend so much time flaming Apple. That's a negative sort of fanboyism. It's small minded and unpleasant.

I love Apple products. If you or anyone else loves products by any other company, cool. It's all about being happy, when you get down to it.
Score: 12 Votes (Like | Disagree)

BreuerEditor
Where are all of you "WHAT WAS APPLE THINKING???" and "WORST IPHONE EVER" people now...:p
Score: 12 Votes (Like | Disagree)

SSD-GUY
It would fail they said.
Score: 12 Votes (Like | Disagree)
Read All Comments