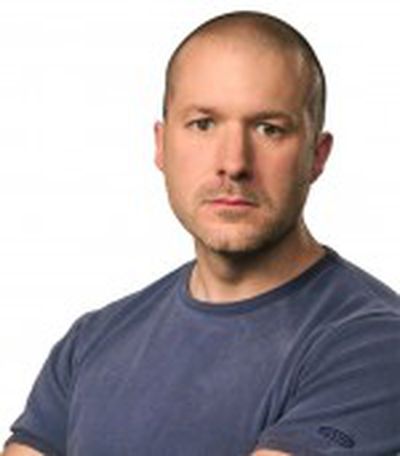 Wired UK reports that Apple design chief Jonathan Ive participated in a keynote session today at the UK Trade & Investment department's Global Business Summit on Creative Services in which he offered up some of his thoughts on the creative process at Apple and other anecdotes about his two decades at the company. While he had previously shared some of his thoughts on design, his comments today offer a bit more perspective on how things work at Apple.

"To me I still think it's remarkable that at a point in time on a Tuesday afternoon there isn't an idea and then suddenly later on there is an idea. Invariably they start as a tentative, barely-formed thought that becomes a conversation between a couple of people."

Apple then builds a prototype that embodies the idea and that's when the idea goes through "the most incredible transition". "You go from something tentative and exclusive to something tangible and -- by nature of it being a thing -- a table of people can sit around it and start to understand it; it becomes inclusive and it galvanises and points to a direction for effort."

Ive, who shared his unsurprising view that design should be a "prerequisite" and not simply one aspect of product development, also repeated several mantras that have been commonly quoted by Apple executives, calling good the enemy of great and noting that Apple says "no" to many, many good ideas in order to focus all of its energies on a select few great ones.

Ive also made reference to Steve Jobs' return to Apple in 1997, noting that he brought a fresh view in which the company focused on making great products with the belief that profits would follow, rather than focusing first on profits.

"We are really pleased with our revenues but our goal isn't to make money. It sounds a little flippant, but it's the truth. Our goal and what makes us excited is to make great products. If we are successful people will like them and if we are operationally competent, we will make money," he said.

Ive has long been a very private individual, but has begun opening up a bit more to the public as Apple's stature has grown and accolades for his group's design work have continued to roll in. Ive was knighted in late May, and he noted at the time that Apple's current projects are "the most important and the best work" his team has done with the company.

boss.king
If your goal isn't making money, then why not lower your profit margins and sell your stuff at a reasonable price?

Edit: before telling me why I'm wrong, please read beyond page 1.
Score: 69 Votes (Like | Disagree)

Also, if a two-toned iPhone is their 'best work yet'.. then i'm unpleasantly surprised.

"We are really pleased with our revenues but our goal isn't to make money. It sounds a little flippant, but it's the truth. Our goal and what makes us excited is to make great products. If we are successful people will like them and if we are operationally competent, we will make money," he said.

Also, if a two-toned iPhone is their 'best work yet'.. then i'm unpleasantly surprised.
Score: 40 Votes (Like | Disagree)

Also, if a two-toned iPhone is their 'best work yet'.. then i'm unpleasantly surprised.

You're absolutely crazy if you think Apple is anything close to the company that is Samsung, RIM, etc. Their views on everything are completely opposite. Apple has ALWAYS been about the superior product and user experience. You cannot argue this because they've never worried about market share in PCs or other products.

And RIM, that's a good one. Look where they are at now.

Of course Apple's goal is to make money...BUT instead of taking a money first, design second approach, they took the exact opposite...and you cannot argue this because it's working.

Look at MS...their goal is to make money. But it's their first goal. And here is the statement from Ballmer that explains why they are no longer the superior company...

There's no chance that the iPhone is going to get any significant market share. No chance. It's a $500 subsidized item. They may make a lot of money. But if you actually take a look at the 1.3 billion phones that get sold, I'd prefer to have our software in 60% or 70% or 80% of them, than I would to have 2% or 3%, which is what Apple might get.

Meanwhile most of these other companies you mentioned are completely fine with putting out tons of versions of phones a year so they can maximize profits instead of developing and banking on ONE superior product. How many phones does Samsung make, have out on the market?

When he says "we're not in it to make money" he could just as well be talking personally, about himself, or his team. Not necessarily Apple in general.

Um...no...he's talking about Apple. Jonny Ive IS Apple just as much as Steve Jobs was.

I'm pretty sure Jonny is speaking for Apple and about Apple. This has ALWAYS been their philosophy. Design first. Profits second.

Between the saturation in electronics and no real new idea around, I just hope Apple can keep things up for a while.

Game changing products don't come along every year. It's just not possible.

What Apple has done in the last 10 years is mind blowing from a business perspective and disruptive force.

iPad - Destroying PC/Laptop market. Individuals realizing that tablet is all they need vs bulky desktop/laptops.

That is all within a 10 year period. Staggering.
Score: 25 Votes (Like | Disagree)

Risco
Jonny, you might be a great designer but don't try to hoodwink us in to thinking profits do not matter. If they really are irrelevant, why do you have the highest profit margin out of all the manufacturers!
Score: 20 Votes (Like | Disagree)

spiderman0616
Ive is a genius--though if you go by the forum comments lately, I think a lot of people assume he doesn't work there anymore after Jobs' death.
Score: 20 Votes (Like | Disagree)
Read All Comments