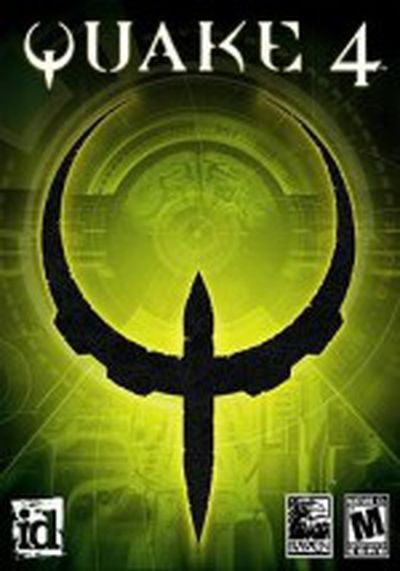 Earth is under siege by the Strogg, a barbaric alien race moving through the universe consuming, recycling and annihilating any civilization in their path. In a desperate attempt to survive, an armada of Earth’s finest warriors is sent to take the battle to the Strogg home planet.

More importantly, unlike some older games that have recently been released as a campaign edition, without the multiplayer component, Quake 4 has full cross-platform multiplayer support, including Deathmatch, Team Deathmatch, Tourney, Capture the Flag, Arena CTF and DeadZone.

The game requires an Intel processor but has a generous list of supported video cards.

It'd be nice if Macs had:


Agree. A lot defend iMacs, but only RAM is upgradable. Mac Pro's are the only systems with power and upgradability in almost everything, and even then the graphics cards Apple offers aren't that great (although my ATI 5770 runs perfectly in my 12-Core Pro).

If Apple released a mid-tower system, with the guts of an iMac and more BTO options in a mid-tower like the Mac Pro but for what a PowerMac used to cost (~$1500), man, that would be awesome.
Score: 9 Votes (Like | Disagree)

Tablets of any kind are 99% of the time used for dicking around, nothing more.


Ballmer? Is that you? :confused:

You're in for quite a shock. Sit back and enjoy watching the next 5-7 years. They'll be all about Apple. (and their iPad.)
Score: 7 Votes (Like | Disagree)

Sure. In your living room, on your couch, in your bed room and your toilet. Nowhere else.

In the car, on a bus, in the cockpit of a plane, in the cabin of a plane, at school, at university, during presentations at work, during work in general, in hospitals, in the bath, in space, at a coffee shop, in a tank, at a gig etc. ETC. ETC.
Score: 6 Votes (Like | Disagree)


There are times when this is the case. However, there is a significant difference between something that is comfortable in its own skin (Super Mario World, Starcraft, Team Fortress 2) and something that would have looked completely different if the graphics technology would have allowed for it (Call of Duty games, most shooter games, Quake/Doom/etc.) These games are stuck in the uncanny valley, and anything they can do to get out of there is worthwhile.

Most FPS games are falling for the same trap as 80s-90s TV shows and movies, and most 80s music: Fighting the limits of technology instead of embracing them.

If you've made a game that would look the same if it were made 10 years from now, then you've done it right. So many "realistic" games are trying to immerse you in a world. As soon as you start seeing arms clip into walls, and fake-looking flat faces with huge polygons, you lose that feeling.

Right now, I am playing "Cities in Motion" on my 15" 2011 Macbook Pro. It has an SSD drive, lots of RAM, and yet, it gets 10-20fps unless I turn all of the settings down pretty far. More importantly, it just feels sluggish and frustrating to scroll around the city. It would be nice to be able to look at the scenery with all of the shadows and effects running, because they add to the immersion factor, big time.
Score: 6 Votes (Like | Disagree)

LimeiBook86
Really, not one comment about the game itself? :rolleyes:

This is a good game and it's feature packed as well. Glad to see multiplayer made the cut. I'm also very glad it's not like most games... expensive! This is a good $19.99. Same price was the Windows version on Amazon. Good job Aspyr! :D

I already own the Windows version, but glad to see another game coming to the Mac.
Score: 5 Votes (Like | Disagree)

Hyper-X
Apple's vision of gaming on Macs is Angry Birds in Space, HD.
Score: 4 Votes (Like | Disagree)
Read All Comments