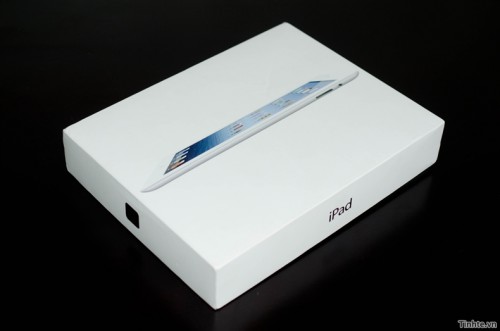 While the official launch of the 3rd Generation iPad isn't until March 16th, Vietnamese site Tinhte.vn has managed to get their hands on one of the new iPads and shot an unboxing video.

The video, of course, is in Vietnamese, but you can follow along pretty easily.


There are no new revelations, but you can see the unboxing and also the LTE toggle in the settings: 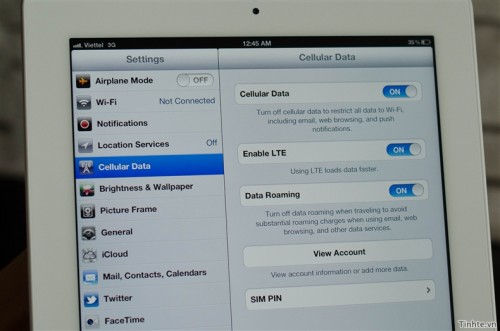 Additional photos can be seen in the Tinhte forum thread.

The 3rd Generation iPad launches officially on March 16th. Many readers have already received shipping notices for their pre-orders. While some may slip through the cracks and be delivered early, Apple typically requests shipments to be delayed until launch day.

I can't remember being this excited since, oooooh, iPad 1??
Rating: 30 Votes

scrapple
JUST A HEADS UP..

you will notice the box is the same as the IPAD2 box... except the screen image is blue..

keep that in mind..... for if your at a store and the ipad's are behind glass, you will at least know its an ipad 3...

also, if your buying off of someone, make sure to check the box for the blue screen on the ipad... and I would also open it up and fire it up to make sure its a retina screen....

I can see some scams happening soon...

Apple should of put something different on the box to differentiate from the ipad 2 box
Rating: 29 Votes

Check for yourself, it's legit.

I hope they wont put "retina" displays on the MacbookPro line because it is just nonsense. You cannot see the pixels on 15" @ 1440x960 either. Unless you put your nose to the screen :o 15 inch display with 1920x1200 would be nice.


"Retina" on a MBP would not have to be double the resolution, clearly.
Rating: 11 Votes


It's not. The serial number they clearly show in the video is from a black iPad 2 that they are using to show the difference in the model numbers.

The serial number of the new iPad is blurred in the video.
Rating: 9 Votes

Wyvernspirit
I thought it was funny that I got a kindle fire ad at the end of the video...
:D
Rating: 8 Votes

For me the most important feature of the 1GB RAM is better buffering of web pages. I hated my iPad 1 each time it reloaded pages I just returned to (especially on forums).
Rating: 6 Votes

I thought it was funny that I got a kindle fire ad at the end of the video...
:D


Yeah, just like here in the Macrumors frontpage every once in a while.
Most Mac and iOS sites get swarmed with Android ads.
Definitely a desperate attempt to call for attention. :D
Rating: 5 Votes

I hope they wont put "retina" displays on the MacbookPro line because it is just nonsense. You cannot see the pixels on 15" @ 1440x960 either. Unless you put your nose to the screen :o 15 inch display with 1920x1200 would be nice.