Back in December, Motorola Mobility won a preliminary injunction against Apple in Germany that could have seen Apple barred from selling its 3G-enabled products such as the iPhone and cellular-capable iPad models in the country. Apple did indeed briefly pull all 3G devices with the exception of the iPhone 4S from its German online store earlier this month, only to put them back on sale a few hours later after a court temporarily suspended enforcement of the injunction.

But FOSS Patents now reports that Apple has won a much more significant decision in the ongoing case, as a court has now ruled that Motorola can not enforce the injunction for the duration of Apple's appeal in the case. With the appeals case perhaps taking as long as a year or more, Apple is no longer at risk of having its products removed from sale for the foreseeable future. The report notes that the ruling also calls into question whether Motorola will eventually prevail.

The Karlsruhe Higher Regional Court ("Oberlandesgericht Karlsruhe"), the appeals court within whose circuit the Mannheim Regional Court is based, decided today that Motorola Mobility is barred from further enforcement of its standard-essential patent injunction against Apple in Germany at least for the duration of the ongoing appeal (which I believe will take a year, if not more). And while today's decision is only a summary and preliminary decision that MMI could overturn during the course of the full-blown appellate proceedings, this indicates thatApple's appeal is highly likely to succeed -- and even if it didn't, Apple could realistically resolve the problem with limited additional concessions.

Much of the debate over the 3G patent case relates to the patents having been declared essential to standards for the technology, with Motorola having been required to license the intellectual property under fair, reasonable, and nondiscriminatory (FRAND) terms. Apple has now convinced the German courts that it has made sufficient good faith efforts at licensing the patent that any enforcement of the injunction by Motorola would be considered a breach of antitrust regulations.

Apple has been pushing for reform in the licensing and enforcement of FRAND patents, seeking to bring clarity to the complex landscape of patent lawsuits. That landscape involves both standards-essential FRAND patents that must be licensed in order to promote competition, as well as other feature and design patents that allow companies to protect certain other innovations and distinguish their products from those of their competitors.

These latest developments are separate from the current dispute that has seen Apple suspend iCloud push email functionality in Germany, as the patent at issue in that case has not been deemed subject to FRAND licensing and Motorola is thus free to pursue enforcement while Apple appeals the decision. 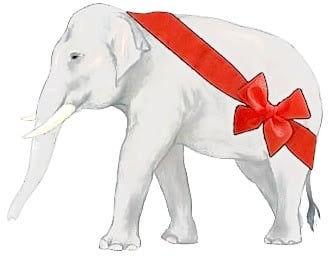 In December, a court decided that Apple's offer was not FRAND and granted an injunction against the 3G products.

Now Apple has made another offer to Motorola and the court has decided that now it is FRAND so has lifted the injunction.

Where is the big win apart of the FUD that Mueller is spreading?


According to the judges, the troll here was Apple, not Motorola


Your reading comprehension has hit a a new time low.
Score: 13 Votes (Like | Disagree)

Who is the real troll here ?

I say Google now because their purchase of Motorola has been approved.
Score: 11 Votes (Like | Disagree)


According to the judges, the troll here was Apple, not Motorola

The Karlsruhe Court formally told MMI in its ruling (http://www.bloomberg.com/news/2012-02-27/apple-wins-temporary-ruling-on-german-ipad-iphone-sales-1-.html) its refusal to accept Apple's offer is potentially a violation of antitrust law.

At the current state of the proceedings, it is to be assumed that Motorola Mobility would violate its duties under antitrust rules if it continues to ask Apple to stop the sales, the court said in a statement.


This is a "big win" for Apple because it takes the Injunction tool out of MMI/Google's hand.

Google and Motorola aren't really interested in royalties from Apple. They want Apple to cross-license its non-FRAND patents, because without them, its Android phone user experience is going to be compromised.

Google/MMI's strategy was based on using German courts (which give rights holders greater power in patent disputes) to issue Injunctions that would prevent the iPhone being sold in Germany - one of Europe's biggest markets - until the case could be settled. All it needed to do was keep rejecting whatever offer Apple put forth - or make their own "offer" that nobody could accept.

The flaw in Google/Motorola's reasoning was relying on Standard-Essential Patents. They figured since Apple couldn't make a working phone without them, they'd have them over a barrel. But what is happening now is that courts and regulatory bodies are waking up to the dangers of what they are doing.

If Google/Motorola can't use the Injunction tool to get a ban in place, then they are simply going to have to wait for the court to rule on what a "Fair and Reasonable" royalty is. Its almost certainly not going to be 2.5% of the sales price of the device. But, even if it was, thats not what Google/Motorola wanted. They wanted to force Apple to have to cross-license.

I'll also note that this is also a huge win for Microsoft: Google/Motorola are trying the same thing with them. They are demanding a 2.5% royalty rate on PCs and other devices on their wi-fi and H264 video patents. If they could get an injunction preventing Microsoft from selling Windows in Germany it would be catastrophic - something MS couldn't accept. So they were hoping to use the threat of an injunction to force MS to cross-license its non-FRAND IP, for which a number of Android phone makers are already paying Microsoft per-handset royalties.

Unfortunately, Motorola has refused to make its patents available at anything remotely close to a reasonable price. For a $1,000 laptop, Motorola is demanding that Microsoft pay a royalty of $22.50 for its 50 patents on the video standard, called H.264. As it turns out, there are at least 2,300 other patents needed to implement this standard. They are available from a group of 29 companies that came together to offer their H.264 patents to the industry on FRAND terms. Microsofts patent royalty to this group on that $1,000 laptop?


I think we all know who the Patent Troll in the Courtroom is.
Score: 11 Votes (Like | Disagree)

In December, a court decided that Apple's offer was not FRAND and granted an injunction against the 3G products.

Now Apple has made another offer to Motorola and the court has decided that now it is FRAND so has lifted the injunction.

According to the judges, the troll here was Apple, not Motorola

I think this is a gross simplification of what actually transpired. What Apple offered was not considered acceptable and by all accounts what was being demanded was not acceptable. So Apple iteratively amended their offer, as they have been doing for a long time, until the Judges were satisfied.

Apple knew that MMI was always going to find something to grouse about, but it needed to find out at which point the appeals court would conclude that enough is enough and tell MMI that refusing to accept this proposal is, at least based on the court's preliminary finding, an antitrust violation.

This means Apple's approach paid off and worked. Just because they amended the offer doesn't mean they gave them 2.25%, that's ludicrous. If anything, the Judges are now more likely to side with Apple and Microsoft's complains that Motorola is violating anti-trust.
Score: 10 Votes (Like | Disagree)

I am wondering what Google/Motorola/Android's game plan is. They surely know they can't really get away with using FRAND patents as a weapon...

Is it an expensive war of attrition they are after?