iPad 3 with More Tapered Edge and an 8 Megapixel Back Camera?

NextMedia / Apple Daily claims to have received the following photos and information through "special channels". The photo below shows what is claimed to be an overview shot of the new iPad 3 back enclosure (top of image) as well as a comparison shot between the original iPad, the iPad 2 and the New iPad (inset). (via Apple.pro)

The shell should look familiar as it seems to be the same part we previously published. The lighting, however, is much better in this shot, and reveals the more subtle changes. There are notably no markings on the back of the case besides the Apple logo, itself.

The iPad 3 enclosure seems to have a more gradual taper to the edges than the iPad 2. The taper is seen better on the top overview photograph. As a result of this longer taper, the iPad 3's camera rests on the taper itself. We saw this before but due to the dark lighting of that image, the taper seemed more exaggerated.

The absolute positioning of the camera doesn't seem that far off from the iPad 2, but the lens does appear larger. According to NextMedia, the new iPad 3 camera will see a significant upgrade to 8 megapixels. The current iPad 2 back camera is 1 megapixel in resolution. The site also summarizes many of the other expectations for the iPad 3, such as an improved display, quad-core CPU, and a March 7th announcement date.

We've seen a rumor from the site only once before. They predicted new MacBooks, MacBook Pros and MacBook Air models back in April 5, 2010. The MacBook Pros (alone) did launch 8 days after that report, though some of the details (hard drive sizes) didn't match up to the report. Overall, the images here seem to match up to other parts that have been floating around China. Apple Daily is described, however, as a "tabloid-style" newspaper, but the Hong Kong edition is said to be quite popular as the second best selling publication.

pewra
It would be good to take photos on an iPad that aren't quite so grainy.

That said, I did enjoy the flat sides on the iPad 1.

I'll speak for everyone here, shut up and take our money. 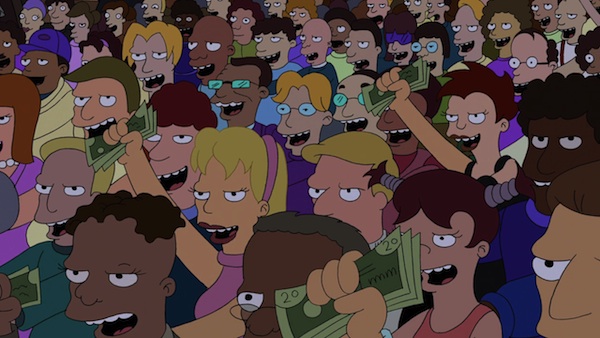 Don't see how they can do a quad-core, retina display, bigger battery and an 8MP camera and still keep the price points the same. I'll believe it when I see it.


Everybody was certain an Apple tablet would start at $1000...

jayhawk11
Don't see how they can do a quad-core, retina display, bigger battery and an 8MP camera and still keep the price points the same. I'll believe it when I see it.
Score: 37 Votes (Like | Disagree)

What else does this thing have ?

The screen alone is not a deal closer

All the stuff that makes an iPad great... now better
Score: 13 Votes (Like | Disagree)


I really am interested in seeing what resolution the FRONT camera is. If they've managed to sneak in a HD camera like in the new MBPs and iMacs then this will be a great video conferencing machine - especially with a multi-user version of FaceTime.


Me too. I use the iPad for FaceTime a couple times a week. The rear camera? I used it once in the last year just to see if it worked. I would rather they put more work into the front facing camera.
Score: 13 Votes (Like | Disagree)

leukotriene
Theory on why an 8MP camera might be useful

Somebody mentioned that an 8MP camera might be intended for scanning documents. I think he may be onto something. Here's the resolution you get when you shoot something at 8 MP:

If Apple is pushing for schools to move to electronic textbooks, imagine the iPad 3 also offering the ability for schools (and businesses) to go paperless as well. And on the home screen is a new app called "Scanner", where you hold the iPad above a sheet of paper, and when the app detects a stabilized image of a paper in front of it, it automatically captures the paper, crops it, and begins uploading to iCloud. Boom!
Score: 12 Votes (Like | Disagree)
Read All Comments