In the early 90's, a small software company called Callisto Corporation released a number of games for the Macintosh, along with a few other productivity applications. One of those games was Spin Doctor, which some long-ago Mac Performa owners may remember because Apple licensed a 10-level Spin Doctor Challenger edition for bundling with "about a million" Performas, according to developer Seth Lipkin.

Lipkin has since ported Spin Doctor, which was sold "in a big box" for $40 when it was first released in 1994, to the iPhone. The game is a bit like chess in the sense that it is easy to learn and difficult to master. It consists of a glowing wand making its way from dot-to-dot through a literal minefield of doors, switches, acid, fuses, bombs, and more. The user controls the direction of the wand -- which never stops moving -- as it moves its way across the map over more than 100 levels with several difficulty modes. 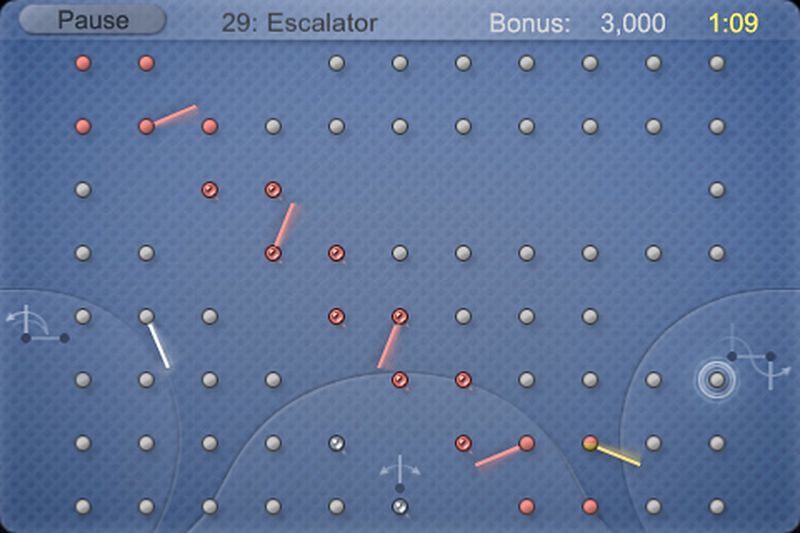 I'm the developer of the iOS version of Spin Doctor (and one of the small team that developed the Mac original).

Thanks for the good words and fond memories expressed here!
Rating: 11 Votes

ima_pseudonym
I remember this game

Apple should buy free copies for anyone who can prove they owned one of the gazillion different performa models - especially the 63x series. Those were some of the worst boxes Apple ever made. I had two of them.
Rating: 3 Votes

Garrod
Spin Doctor! The first game I ever played on my first ever Mac and I loved it! A port to OS X would be welcomed - I'd buy it in an instant!
Rating: 2 Votes

coder12
Man.. the good ol' days :) Playing this... Mazewars. Back when there was still Mac Paint! Remember that?


Imagine if they ported Mazewars to iOS now--that would be tremendous fun for multiplayer! (Hint hint ;) )
Rating: 2 Votes

bobnugget
Wow, I remember having the demo of this on my LC III, then picking up the full version with one of my later macs. I'm going to purchase this one right now! Hope it has the awesome sound effects...


Edit: ...just bought it and it still does. The press in one or both of two corners bounce/change dot control scheme works very nicely too. Great port so far!
Rating: 2 Votes

Diode
Ha - a Performa 638CD was my first home computer and I remember playing this game.

mrxak
Spin Doctor was amazing. I think I just had the Challenger version, but I loved it. If there was an OS X port, I would buy it up immediately. I have already bought up the iOS version.
Rating: 1 Votes

Ha - a Performa 638CD was my first home computer and I remember playing this game.

I love the retro desktop conversion apps... Recently ran across the ports of Marathon and Marathon II: Durandal.
Rating: 1 Votes

tjwaido
I loved this game to where I memorized the quickest way to play each level and get the most points! I am buying this right now...
Rating: 1 Votes

mactmaster
OMG. I have been trying to find what this was called for a looooong time. I used play this on a Macintosh LC growing up. Instadownload
Rating: 1 Votes
[ Read All Comments ]