Last month, Apple announced a worldwide replacement program for the first-generation iPod nano due to continuing issues with overheating related to defective batteries from one of Apple's suppliers.

While some users began receiving their replacement units, which apparently came through as like-new refurbished first-generation units, almost immediately, many other users have been complaining of slow turnaround time for either receiving shipping boxes for returning their defective iPods or receiving the replacement units from Apple. According to reports from users who have corresponded with Apple support staff about the delays, the company has been experiencing shortages of boxes and other items necessary to complete the replacement process.

We have not yet received word from any users who have received the sixth-generation iPod nano units as replacements, and thus it remains possible that the serial numbers are simply registering incorrectly in Apple's support database. While we are waiting for confirmation on the possible upgrade, several users have indicated that their shipments are due to be delivered this Wednesday.

finkmacunix
I hope not I want a shiny new 1G
Score: 14 Votes (Like | Disagree)

cerote
I hope I don't get the 6th gen nano. If I known that was going to happen I would have just kept mine. It was in working order and used a lot. I just sent it in to get the battery replaced in case what they recalled would happen.

The first gen had so much right. The scroll wheel was great. The size was prefect to carry around.
Score: 6 Votes (Like | Disagree)

Guess they underestimated how many people are still using first-gen Nanos.

Ingster
Hey guys, anyone not happy about geting a 6th gen nano can always pm me, i'll take it off your hands! ;)
Score: 5 Votes (Like | Disagree)

Just received our replacement today - Fedex truck pulled up late in the evening. Inside was our replacement for our 1st gen ipod nano that was sent into Apple 1 month ago.

It's a 6th generation ipod nano, serial number shows that warranty has expired. Not sure if that means that it's a refurbished model or if it's a brand new model and they've deactivated the warranty. It's silver. 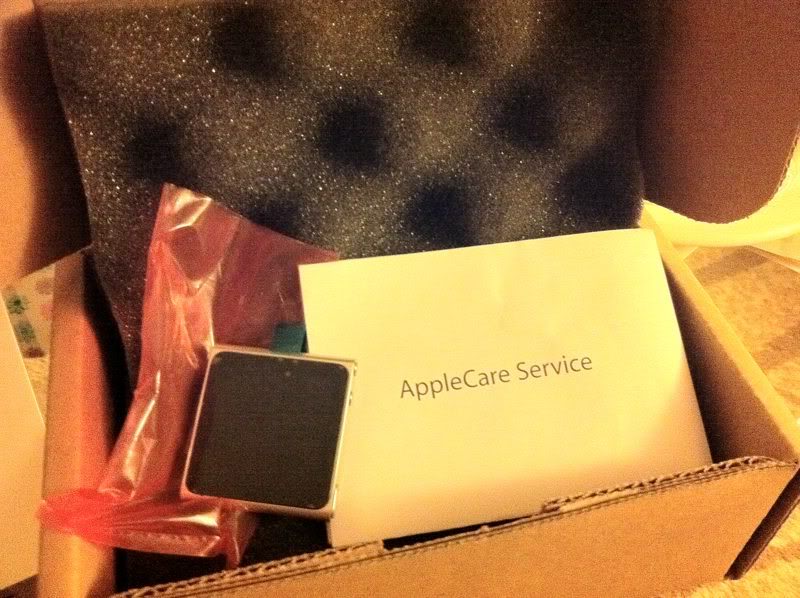 We're excited getting a nano 6th generation though!
Score: 5 Votes (Like | Disagree)

wordoflife
Had I known that I wouldn't be getting a first gen back, I would have never sent mine in. Greed got the best of me. I should have kept my first gen, it was fine.
Score: 5 Votes (Like | Disagree)
Read All Comments