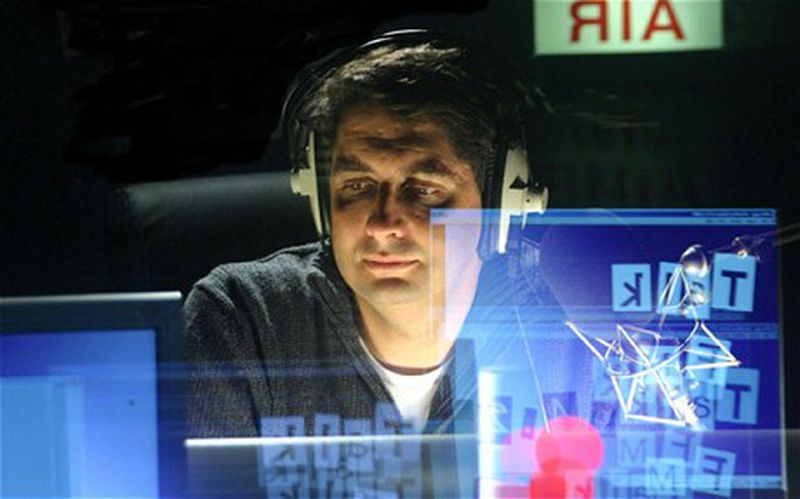 Several years ago, Jon Briggs took a voiceover job for a company called Scansoft. Scansoft later merged with Nuance, which makes the voices that Apple used for Siri.

“I did a set of recordings with Scansoft five or six years ago, for text-to-speech services,” says Briggs. “Five thousand sentences over three weeks, spoken in a very particular way and only reading flat and even. Then they go away and take all the phonics apart, because I have to be able to read anything you want, even if I’ve never actually recorded all those words.”

The result, Briggs says is “as close to human speech as anything that’s out there. It gets everything right, more or less, apart from the inflection.”

His voice, which is very familiar to United Kingdom iPhone 4S owners, is also used as the voice of GPS for Garmin, TomTom, Jaguar, Land Rover, Audi and Porsche.

For its part, Apple isn't pleased with Briggs' newfound fame. A representative called him after the iPhone 4S was released and asked him not to talk publicly about Siri, saying the company isn't "about one person." Briggs pointed out that he wasn't an Apple employee and he recorded the voices six years ago for a separate company. He hasn't heard from Apple since.

jsalda
"Mr Briggs, please do not speak to strangers so that they do not confuse what you are saying with what their phone tells them."
Rating: 13 Votes

Luman
After berating him, the Apple rep should've asked what the weather in London would be like tomorrow or where the closest coffee shop was.. Seems like the perfect opportunity to kill two birds with one stone.. just sayin'..
Rating: 12 Votes

Why would they want to silence him? Isn't that free promo?


His comments can be misquoted and mistaken to be that he was hired by Apple to record specifically for Siri when he was not. THAT is probably why Apple (if they did actually call him) don't want him talking about this.

Not to mention simply that his original contract might not give him the right to claim credit for the use of his voice in clients work. It's not uncommon when you do voice bank work such as what he did.
Rating: 8 Votes

And if not, you can always ask Siri to explain this: "they go away and take all the phonics apart, because I have to be able to read anything you want, even if I've never actually recorded all those words"


So since the voice was recorded 6 years ago, there is no chance words they didn't record back then will be added in?

Rodimus Prime
I love how arrogant Apple is thinking they could tell him not to do it.

I like how he told them to basically go pound sand.
Rating: 7 Votes

A representative called him after his interview with the Telegraph and asked him not to talk publicly about Siri, saying the company isn't "about one person."


Haven't they ever heard of Steve Jobs?
Rating: 7 Votes

Rip his tongue out! Traitor

Zodiac-Jack
Mr Briggs is, of course, in his full right to speak his mind unless any legal contract obligations with Apple hinders him from doing so. Since that does not seem to be the case, this proves as an example of Apple Incs arrogance and control freak attitude the company's late CEO infected the company with.

I have to admit, that after having read the autobiography of Steve Jobs, my regard for the man and the company he built has diminished dramatically. The cult of Mac really has its dark and dubious sides.
Rating: 6 Votes

After berating him, the Apple rep should've asked what the weather in London would be like tomorrow or where the closest coffee shop was.. Seems like the perfect opportunity to kill two birds with one stone.. just sayin'..


Hah! Maybe that's why they got in touch with him, they just needed some new phrases recorded, for free?