Siri: Maps and Local Search for International Customers Coming in 2012 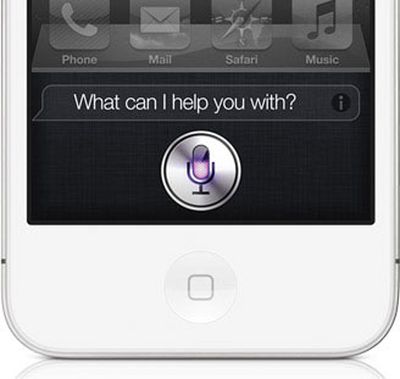 As we noted on our iPhone launch article, international iPhone 4S users are noticing that Siri won't provide them with Map or local business search information. Those features were demoed by Apple during the keynote but are limited to the U.S. market only.

Apple's Siri FAQ (via @dujkan) reveals that international support for those features won't be available until 2012:

Maps and local search support will be available in additional countries in 2012.

jahoys
and with more languages too i hope
Score: 16 Votes (Like | Disagree)

Does the word "Beta" ring a bell? They said from the very beginning that it was beta and wouldn't be feature full at launch.
Score: 12 Votes (Like | Disagree)

Hehe, nice omission by Apple to let everyone know... It makes siri that much more useless for people who were hoping to use it outside of the US.


This was listed on the relevant slide in the keynote and is on Apple's website. Reading brings knowledge.

Couldn't they have emphasised that in the keynote itself? I mean one of the prime tasks Siri handles is location specific search and maps. What's the point of this?

It's definitely one of the biggest revolutions in the history of Apple. Some people definitely have the foresight to realise that. I agree it is beta, but the field specific control is unbelievable and is one of the most important user interfaces Apple has successfully implement including the mouse and the multi-touch technology.

And all people are alike? Duh!


It WAS mentioned in the keynote (go watch it and look at the slides) AND is mentioned on Apples site.

But if you were in the UK and was looking forward to using Siri, I'm sure you would be as disappointed as the many here are.

Surely Siri utilizes search engine and google maps to find locations and such, therefore it's hard to see why something that works in the USA wouldn't work outside on devices which have internet access and maps installed.

BETA excuses dodgy responses from Siri, it hardly justifies the complete disregard for France, Germany and UK who all are sharing the same launch day as the USA. If Europe is seen as enough of a priority to justify a simultaneous launch, surely the one true 'killer' feature of the iPhone 4S should have deserved the same. Heck they've had enough time.


If you were in the UK (as I am) and bothered to pay attention to the keynote and read Apples site, then you'd know this function wasn't yet available anywhere outside US for the moment.

Really folks, Apple had this in their keynote AND on their site. Anyone complaining it is an omission simply didn't read the product info properly. I look forward to having it on my phone, but until then Siri is still bloody awesome.

But your giving it your best shot ?


It would be interesting to see the responses if Siri had launched with European localization support and not USA what the reactions would have been. :rolleyes:


The users there probably would have read the product info before purchasing.

Siri not working anywhere but the states properly, even google admitted to that one!!!

Go on Tim, give them all extra time off

PPS Did I mention that iOS5 has put/taken a whopping 5.5GB on the illusive 'other' form/onto the capacity of hundreds if not thousands of devices... including mine https://discussions.apple.com/message/16335691#16335691 heres the link


Final Cut Pro X rocks. It's opened up professional level editing tools to amateurs and made it even easier for amateurs to use. Let's not get into that debate though.

iPad was is an old device. New software will slow old devices down. Tis the way of the world now I'm afraid.

Siri works just fine for me. Maps isn't supported but then, they said in the keynote that it was US only and it IS beta software.

This has been a catastrophe from the start for a lot of Apples users... From freezing/bricking devices, to eating up capacity https://discussions.apple.com/message/16335691#16335691 , through to making iPad 1's run as though they're working through treacle, and don't get me started on the iCloud scenario that makes Mobile Me look like a well oiled machine..

A big sell of the iPhone 4S was Siri, in almost every form of PR event, the launch, advertising and not ONCE was this mentioned. Neither is it on a 4S packaging. Apple want to hide bihind the Beta badge, disgusting.


Mentioned in the keynote AND on their site. Sorry to take away your only leg.

Remember: For every user complaining, there's about 100 loving their product and having no problems at all. This forum, and the Apple forum, are not reflective of the world.
Score: 6 Votes (Like | Disagree)

paulcdb
Apple stated in the announcement that local businesses was US only at launch.
Score: 6 Votes (Like | Disagree)

wolfshades
People don't mind "beta" - but usually like to know the limitations from the get-go.

I have mine on pre-order but based on this, might just take my name off of the list until it's ready for Canada.
Score: 5 Votes (Like | Disagree)


I don't mean to be an a$$hole or anything but I hope not everyone in the UK are a bunch of whining cry babies.


But your giving it your best shot ?


It would be interesting to see the responses if Siri had launched with European localization support and not USA what the reactions would have been. :rolleyes:
Score: 4 Votes (Like | Disagree)
Read All Comments