iPhone 4S Launches in the U.S. with A5, Better Camera, and Siri 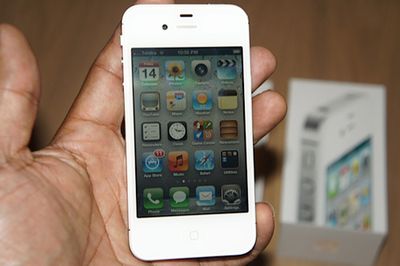 Unboxing photos via Electronista
Stores along the east coast of the U.S. have now started selling the iPhone 4S with the rest of the country to follow over the next few hours. The worldwide launch has seen large crowds at several locations, though some readers are finding it specific stores or areas with few crowds.

New York City's 5th Avenue Apple Store did draw a large crowd but according to AppleInsider the line was shorter at that location than the iPhone 4 launch.

One person has already posted a side-by-side video comparing the video recording of the iPhone 4 to the iPhone 4S:


Siri, of course, is the new feature that many are anxious to try out. Apple has done a great job including many humorous responses in Siri. ThisisMyNext highlighted many of these:

Some early users are finding that Siri is having trouble with specific accents. Map integration also seems limited to the U.S. We expect to see many more reviews and evaluations of the device as it more people start receiving the device. Many early adopters are posting in our iPhone forum with questions and impressions of their new devices.

Apple saw more 1 million in pre-orders for the iPhone 4S with analyst predictions for opening weekend ranging from 2 to 4 million.

'siri, find a local dirty hooker for me..'

mgs4
'siri, find a local dirty hooker for me..'

Sadly Siri doesn't understand my Scottish accent, however when I put on a fake yankee American accent it understands me.

So to sum up Apple think America is the centre of the universe and I am just about to return my iPhone 4S and get a Nexus Prime.

Again I have to tell you (I did before) : You are a Clown

Who cares? The screen is the size of a credit card, the OS sucks as does the battery and proximity sensor and the tech inside it is 18 months out of date, my calculator has more RAM, 512mb is...

Just by reading some of your post makes me (sick) realize that you are nothing more than a troll
Score: 11 Votes (Like | Disagree)

The side by side video is interesting. The stabilizer makes a pretty big difference. I also noticed the colors on the 4S are much warmer and lifelike than that of the 4. Nice job to the person who did the video comparison.

BTW, my phone is on the FedEx truck right now. GIVE IT TO ME NOW! :D


WTF? The FedEx truck just drove down my street and didn't stop. Come back! Come back!!
Score: 10 Votes (Like | Disagree)

TheOrioles33
The video stabilizer is pretty impressive. Cant wait to play with it! Where the heck is UPS? :)
Score: 8 Votes (Like | Disagree)
Read All Comments