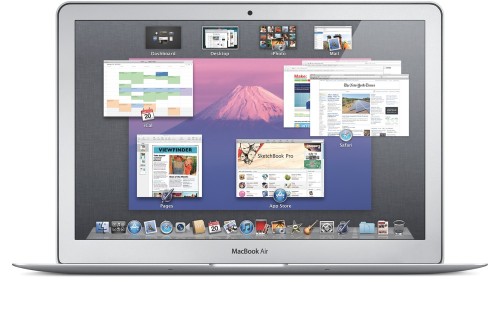 During his keynote address to announce the next generation iPhone, Apple CEO Tim Cook revealed that the company has sold more than 6 million copies of Lion since it launched in July. "This is 80% more than Snow Leopard."

"For another metric, we measure adoption. If you look at Windows 7, it took them about 20 weeks to reach 10% of their base. It took Lion 2 weeks."

marc11
You can spin stats anyway you want to meet your needs, that is the downside of stats....but the real news here imho is that 6 million copies of a new OS coming in at 4 plus gigs were DOWNLOADED and installed. That is also not the install base, think of people like me that downloaded it and installed it on two machines but only counts as one sale.

So even in their comparison, they're admitting that more people bought Windows 7, at a faster rate than Lion.

Dr McKay
So even in their comparison, they're admitting that more people bought Windows 7, at a faster rate than Lion.
Rating: 0 Votes

KPOM
Plus, if you figure that all new Macs sold after July 20th shipped with Lion, that means that about 8-10 million sales of Lion after 3 months, which is a pretty impressive uptake rate.
Rating: 0 Votes

edoates
10% of base is easier with Mac's

Windows has a MUCH larger installed base than Mac, and more of that base is in business operations. Getting 10% of that large a base, especially in businesses that must vet the updates for stability, security, compatibility with exist apps, etc. is significantly more difficult. I'm actually surprised that it took only 20 weeks to hit 10% of the XP / Vista base.

Windows 7, in my experience, is a major improvement in usability, stability, and security over any prior Windows OS.

So, that "bragging" right by the Apple crew is a bit specious.